10 Underrated Korean Dramas That Are Actually Really Good. Have you ever watched a Korean drama and wondered why it isn’t getting the attention it should?  Ever since I started watching Korean dramas I realize there were A LOT of these!  The sad thing about it is a lot of people are missing out on dramas with the best storylines and excellent acting.

Korean Dramas go beyond Rom-com and Cute kissing scenes, there are dramas out there that give you a taste of reality.

I’ve made a list for you. I hope you enjoy. Please comment on the ones you’ve watched. 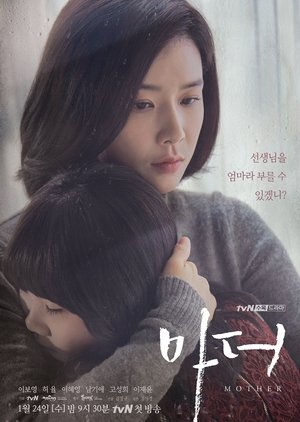 PLOT: Realizing one of her students is being abused, school teacher Soo Jin impulsively kidnap the girl and acts as a substitute mother in an attempt to care for her.

Call Me Mother or Mother was an emotional rollercoaster from start to finish. This drama was perfectly executed. The acting was superb and the story was even better. One of the reasons I believe it wasn’t a big hit was because it wasn’t a rom-com or one of those fantasy romantic drama. The story isn’t original as it’s a remake, in all honesty, this is one of the first remakes I can say was better than the original. The reality and honesty of this drama made me into an emotional wreck. 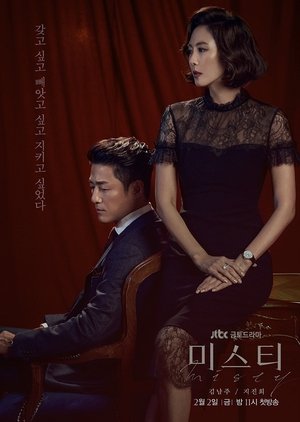 PLOT: Go Hye Ran is an ambitious anchorwoman for the popular news show, News 9. She is passionate about her job and doesn’t stop until she gets what she wants. One day, she meets an old lover and his wife and gets tangled in a murder case. Her husband Kang Tae Wook, who is a public defender, decides to defend his wife and fix their failed marriage.

Dark, mature, suspenseful. This drama had me on the edge of my seat each episode and desperately awaiting each week’s new chapters.  I LOVED everything about the show: the acting, cinematography, soundtrack, writing, and wardrobe. Everything contributed to an amazing story that was unlike anything I’ve ever seen!! This drama had characters that were so layered and complex, that could tell a story based solely on their eyes and facial expressions. There are so many aspects that I loved about this drama and its characters, as flawed as many of them were.

SPOILER ALERT- The ending is a bit messed up! 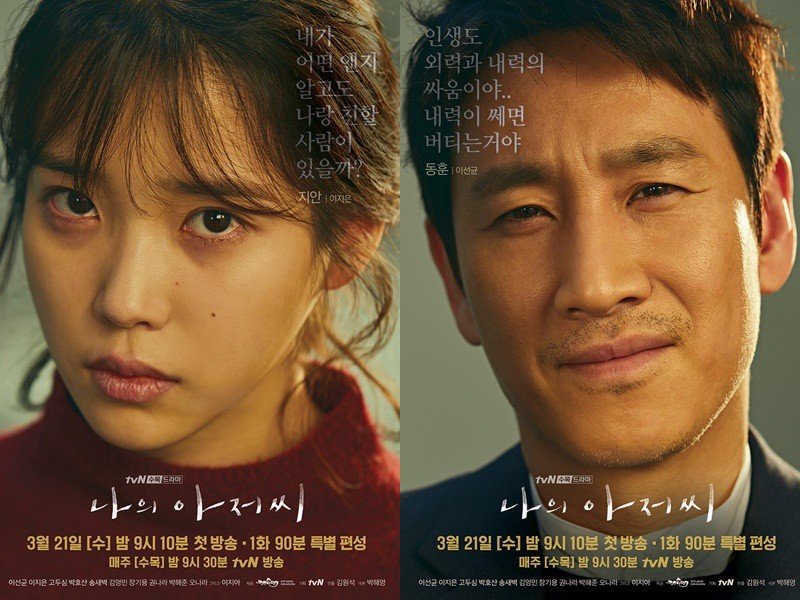 PLOT: My Mister tells the story of three middle-aged brothers, who are enduring the weight of their lives, and a strong, cold woman, who has been living a hard life of her own, as they come together in healing each other’s past scars.

The second oldest of the three brothers. He works as an engineer at an architectural firm and always has a safety-first approach to life. He is quiet and stoic but also goes all in for the people he loves.

A woman who is enduring many hardships in life. She is tasked with finding out Park Dong-hoon’s weaknesses at the command of her boss, who runs a company she is temporarily working for, but soon ends up falling for his warm charms and learns to trust someone for the first time.

After watching each episode, it’s fulfilling, yet you are (extremely) hungry for more.  I’ve never seen a drama that portrays depression as realistically as My Mister. It was basically about SURVIVING IN THIS HARSH WORLD.

This drama was simply breathtaking, from start to finish. The storyline and acting were perfectly executed. I believe t received a lot of criticisms from the Korean society because of the type of relationship the leads had(way older man with younger woman) and its violent nature from time to time. 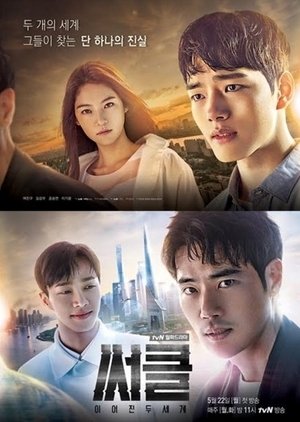 PLOT: Taking place in both the present year 2017 and in the year 2037, when people believe that their future depends on humans controlling and regulating their emotions, this drama is a sci-fi mystery. When alien visitors arrive on Earth, humans learn new skills from them and take advantage of them; what ensues is a story of alliance, resistance, and love.

This is probably the only drama I have watched that I couldn’t predict! Just when you start to think you know what’s going to happen, you don’t. I about broke my neck there were so many plot twists, but I loved it!! I love how everything fits together and came together. It might be confusing or a bit slow in the first episode, but it picks up so fast to the point that you’re practically running to keep up. 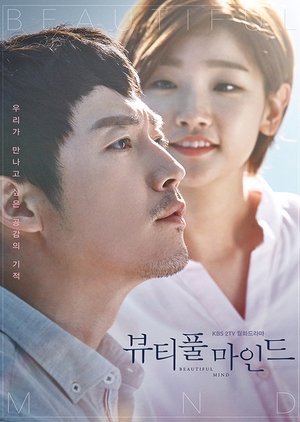 PLOT: Inspired by Mary Shelley’s gothic novel Frankenstein, it tells the story of a world-renowned but unsympathetic neurosurgeon and his involvement with the mysterious deaths in the hospital he works in.

26 years old traffic policewoman who upholds onto her principles strongly. She is honest, straight-forward and rules-sticking.

36 years old cardio-thoracic surgeon who is popular among patients and highly trusted by his colleagues. He’s ranked first for being the doctor that patients want to visit the most, the staff that colleagues want to work with the most, and also the senior that juniors want to take after.

Overall this was a very interesting drama. Never would I have thought that someone would end up making a medical mystery drama that would be this well written. The concept really drew me in. One thing that I really enjoyed about this show was that it was never predictable. 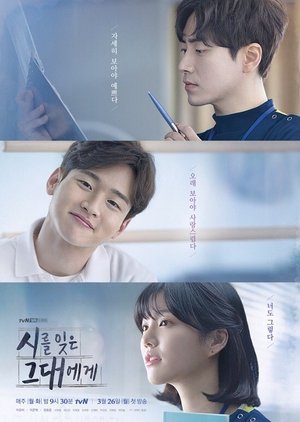 PLOT: The story of lives of people who work at the hospital like physical therapists, rehabilitation therapists, radiographers, nurses, medical trainees and more.

This drama depicts ordinary people who just try to get on with their life as best as they can with what it gives them. All the characters are relatable and you will find a part of yourself in every one of their stories. The cast was amazing as well. 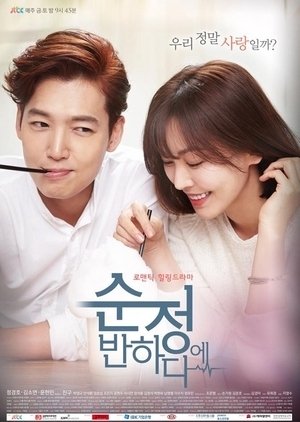 The drama talks about Min Ho, whose father ran a large company, but his death led to his uncle taking over the company. Because of this, he grows into a cutthroat investor. He then undergoes a heart transplant surgery and his personality changes. Thanks to his new heart, he begins to have warm feelings and he falls in love with a woman named Sun Jung.

It has just the perfect amount of romance, action and comedy. The plot story is interesting and the writers kept it fresh.  What got me the most in the Drama are the leads. Their acting was always on point and the humour they bring. The chemistry between the character is purely amazing I think other dramas should take notes on how love chemistry should be. This Drama is simply refreshing. 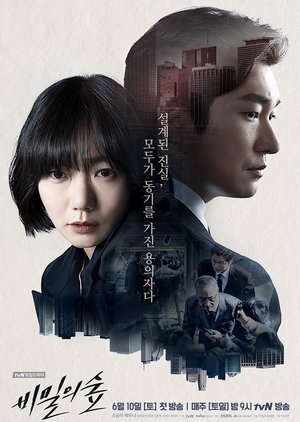 Hwang Shi Mok had brain surgery when he was a child, which caused him to lack emotion. Now, Hwang Shi Mok works as a prosecutor. He is rational, but cold and lonely. He is also one of the only prosecutors not involved in corruption. One day, a dead body is thrown in front of him. He meets Police Lieutenant Han YeoJin at a murder crime scene. They work together to eradicate corruption at the prosecutor’s office and solve a serial murder case.

It hits the trifecta of great writing, great acting and great directing with astonishing aplomb.  If you want to watch a show where two people have instant chemistry that isn’t romantic but still sparks because they just get each other and are better for it, watch this show. The two main characters have such a satisfying rapport that doesn’t need to be romantic. 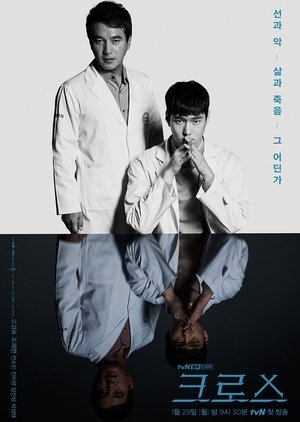 PLOT :A man becomes a doctor that uses medical practices to kill in order to get revenge on the person who brutally murdered his father.

It might be a medical drama, the plot is not what you expect! There is no rivalry between characters, no fighting for a higher rank in the hospital it is all about a doctor who wants revenge.

Go Kyung Pyo’s acting is amazing in this and since I’ve only seen him in much softer roles it is really interesting to see him star in such a dark and suspenseful drama.
Jeon So Min is also great in this drama, it is quite interesting to see her play much more serious roles where she doesn’t have to joke around as much. 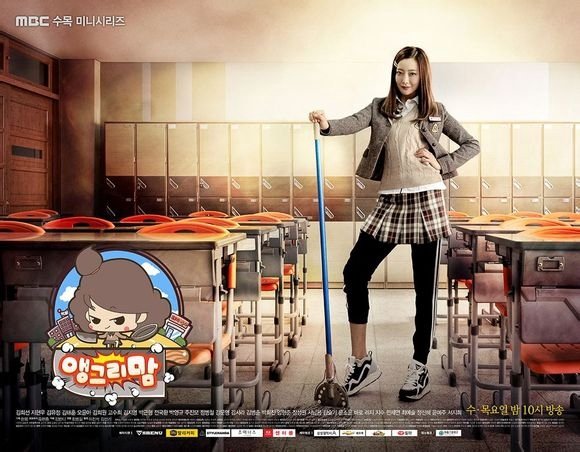 The drama tells the story of a mother who goes to school to protect her children from school violence.

I thoroughly enjoyed this drama from beginning to end. Not only did this drama introduce us to Jisoo, but it talked about a lot of important issues such as bullying, paedophilia, murder, sexual assault and child abuse. Angry Mom is intense and takes a look at the darker side of humankind. It brings to light truths of school bullying and corruption under the exaggeration of a drama. The writer did a great job intertwining the lives of the characters and their individual stories while making each character necessary and building excellent character development.

I hope you enjoyed the list. Feel free to comment on other underrated dramas you know of.