The month of May has a lot in store for us, with some epic Korean dramas that will be released. See the list below to check them out. 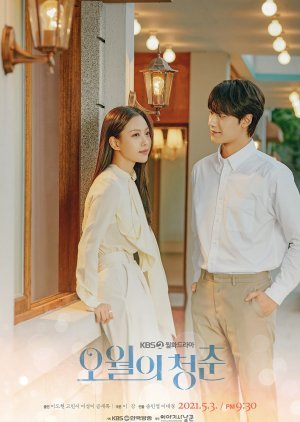 Hee-Tae and Myung-Hee fell in love during the Gwangju Uprising that happened in May 1980.

Hee-Tae studies medicine and is at the top of his class. He appears to be a laid-back person, but he also has a determined spirit and determination. Myung-Hee has served as a nurse for the past 3 years. She is a lovely person, who stands up against what is not just. 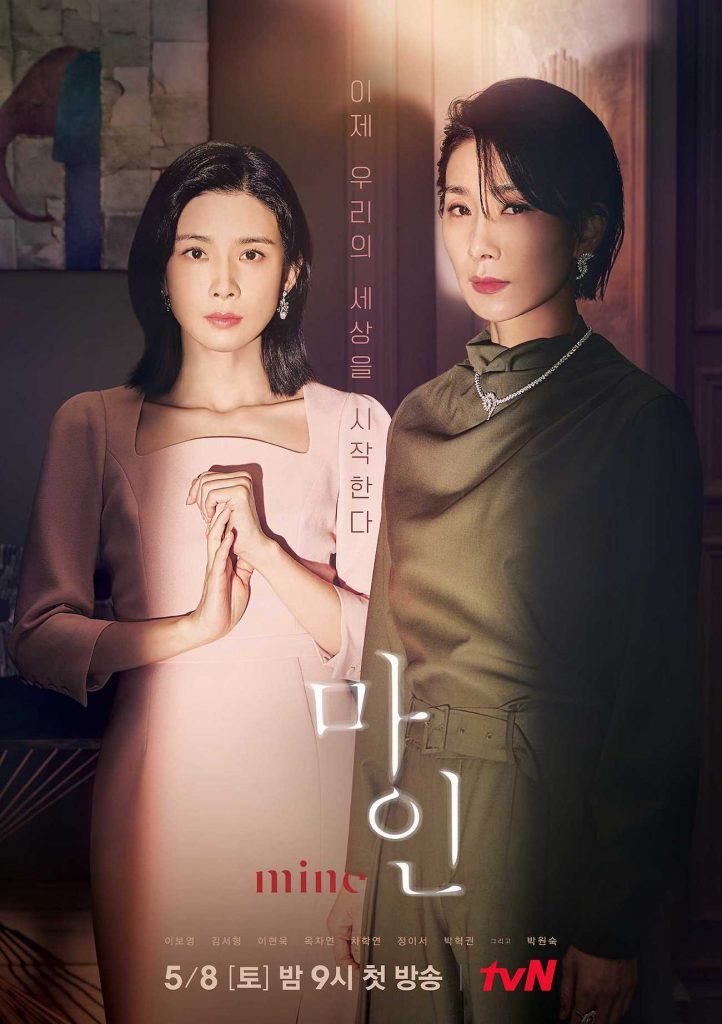 Mine captures the lives of women who try to find tries to survive in a prejudiced world.

Seo Hee-Soo was a star actress, but she gave up her career to marry the second son of a chaebol family. The chaebol household runs the Hyowon Group. She does her best to fit in as a daughter-in-law of that family. She acts confidently all the time so as not to lose her true self.

Doom at Your Service 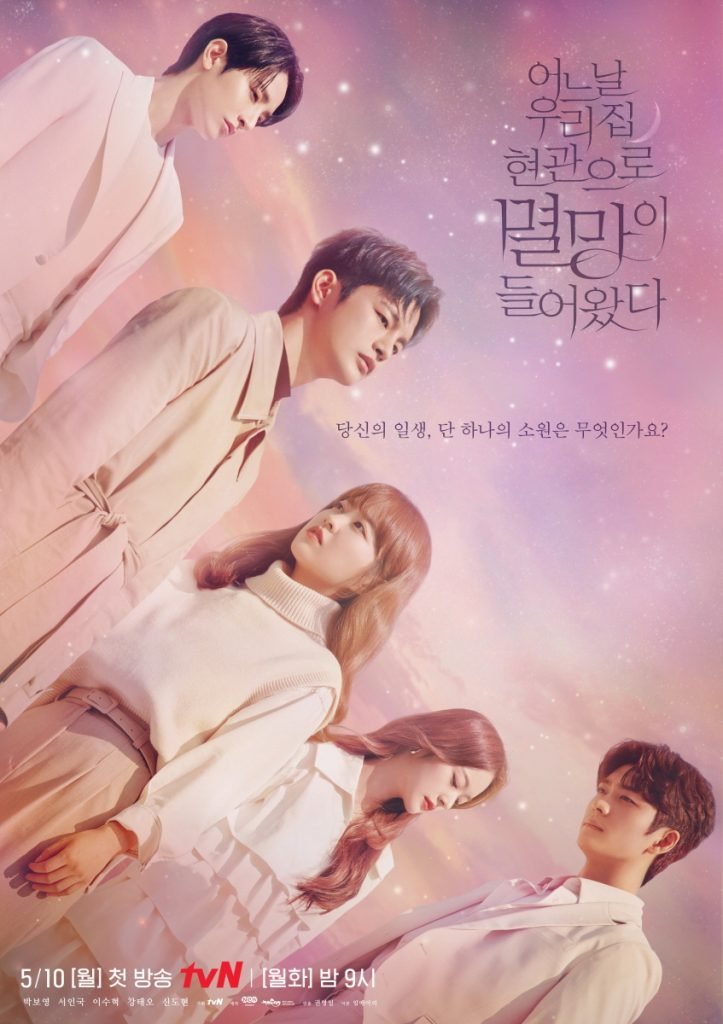 Tak Dong Kyung has been toiling hard as an web novel editor for 6 years ever since her parents died. To make matters worse she gets diagnosed with brain cancer. She blames her unfortunate life and beggins to curse everything to disappear, which unintentionally calls Myeol Mang, a messenger between humans and gods, to appear. He says that he can grant her dreams. As her last hope, she makes a contract with Myeol Mang for a hundred days to live how she wants, risking her everything. 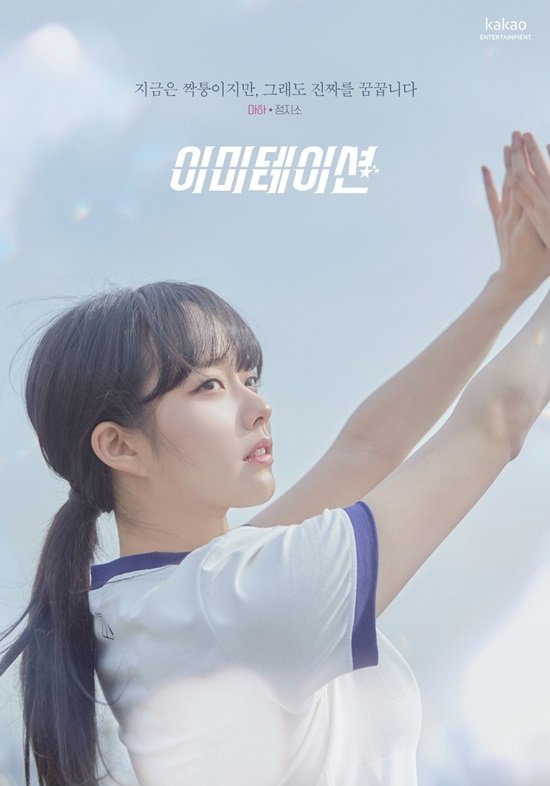 Ma-Ha (Jung Ji-So) is a member of a girl group called Teaparty. Since their debut, they haven’t achieved much fame. Ma-Ha has received some attention due to her resemblance to popular singer Ri-Ma (Park Ji-Yeon).

Meanwhile, Kwon Ryeok (Lee Jun-Young) is member of popular boy band Shax. He is popular and is good at singing, dancing, and acting. He doesn’t like Ma-Ha, who imitates the appearance of popular singer Ri-Ma. During the TV program, Hyeok (Jong Ho) from boy band Shax gets injured due to Ma-Ha. Kwon Ryeok bursts out with anger at Ma-Ha. She also receives hate from other people. Ma-Ha doesn’t want to see Kwon Ryeok anymore, but they cross paths on TV programs and while performing in a drama series.

My Roommate is a Gumiho 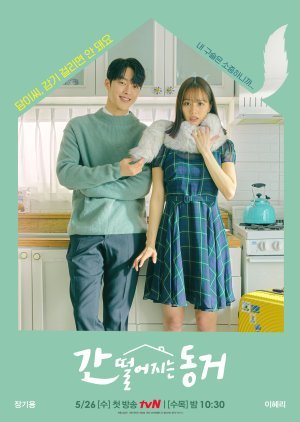 Shin Woo-Yeo is a 999 year old nine-tailed fox who is also good-looking and intelligent professor. To enter human form, he collects human energy in a bead.

Meanwhile, Lee Dam is a university student. One day, her drunk friend falls asleep on top of an expensive car. She apologizes to Shin Woo-Yeo, who is the car owner. While Lee Dam struggles to take her friend away, Shin Woo-Yeo gives her a hand. An accident happens that changes their fate. Shin Woo-Yeo’s bead falls out of his mouth and Lee Dam unintentionally swallows it.

The bead can exist inside of a human for no more than 1 year and, afterwards, the bead will break inside of that person. This will cause Lee Dam to die and Shin Woo-Yeo will lose his chance to become a human. Shin Woo-Yeo explains to Lee Dam their predicament and suggests that they should live together until they figure out a solution.

Lee Dam, who has never had a boyfriend in her life, now lives with Shin Woo-Yeo.

PlotBa-Woo is a troublemaker man that often gambles and fights. While hiding his real identity he also engages in the bossam practice whereby he kidnaps widows and forces them to be remarried to single men.While performing a bossam, he mistakenly kidnaps Princess Soo-Kyung . She is the daughter of Prince Gwanghae and the daughter-in-law of his enemy Lee Yi-Cheom. For a secret political agreement, she married the older brother of a man she loved, but, on the day of her wedding, her husband died. She then became a widow. 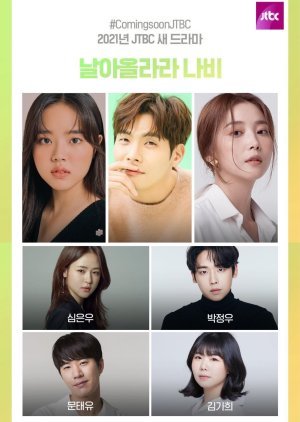 Set at hair salon Fly High, Butterfly and follows the workers there. Gi Bbeum is in her early 20’s and works at Fly High, Butterfly as an assistant intern. She works with three other assistant interns: Moo Yeol, Teacher Woo, and Soo Ri. Gi Bbeum works hard, but she has a hard time dealing with customers. Gwang Soo is a hairstylist at Fly High Butterfly. He is enthusiastic at his job and he works with hair salon director Michel and hairstylist Jen. 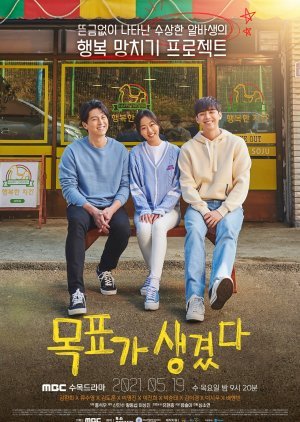 A story where a girl who thinks she has lived an unfortunate life her whole life dreams of revenge on those people who made her life unhappy. Lee So Hyun is 20-years-old. She dropped out of high school and resorts to pickpocketing to support herself. Lee Jae Young runs a small chicken restaurant. He is warm-hearted and he often helps people in bad situations. 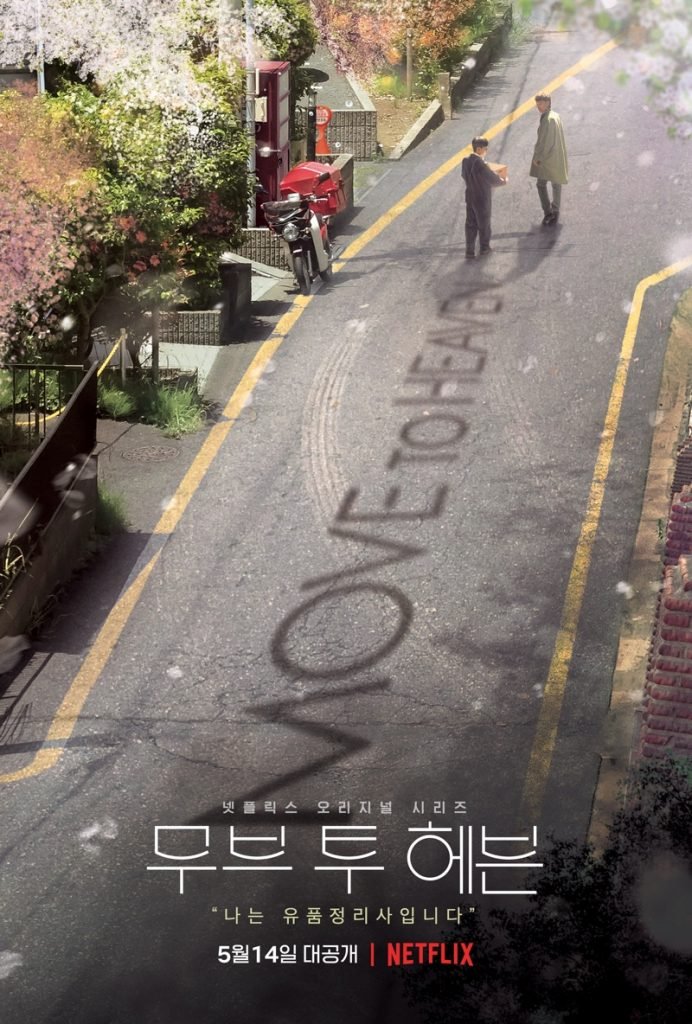 Geu-Roo is a young man with Asperger syndrome. He works for his father’s company “Move To Heaven.” Their job is to orchestrate items left by deceased people. One day, Geu-Roo’s father dies. Gue-Roo is left alone, but his uncle Sang-Koo suddenly appears in front of him. Sang-Koo is a cold man. He was a martial artist who fought in underground matches. He went to prison because of what happened at his fight. Sang-Koo now becomes Geu-Roo’s guardian. They run “Move To Heaven” together.