1. Innocent Man (Personal Favourite of the 5) 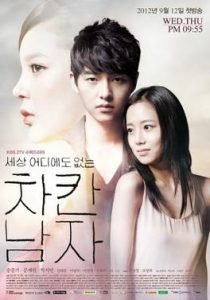 Innocent man is really good. It’s a melodrama so it really tugs and your heartstrings. Also, Superstar Song Joong-ki is the main male lead.

Smart and promising medical student Kang Ma-ru (Song Joong-ki) is deeply in love with his slightly older neighbor Han Jae-hee (Park Si-yeon), a television reporter. But when her situation takes a turn for the worse and Jae-hee becomes desperate to escape poverty, she meets a man who changes everything—a rich CEO who introduces her to a life of comfort. So she turns her back on Ma-ru, choosing money over love.

The brutal betrayal leaves Ma-ru fractured—not just angry, but a completely changed man. A few years later, Ma-ru is now 30 years old and works as a bartender and gigolo, no longer a “nice guy.” He then meets Seo Eun-gi (Moon Chae-won), a young chaebol heiress who’s being groomed to take over her father’s conglomerate. Eun-gi is cold and calculating, business-savvy, and raised by her father to never show emotion to anyone.

Ma-ru decides to take revenge on his ex Jae-hee and bring her down from her position after his sister, Kang Cho-co (Lee Yu-bi) is rushed to the hospital because of Jae-hee. Ma-ru, though initially had no plans as such, uses Eun-gi to take revenge on Jae-hee Just when Ma-ru is beginning to love and care for Eun-gi, she finds out the real reason why he approached her and they break up. But a car accident causes Eun-gi to lose her memory, and she enters Ma-ru’s life again 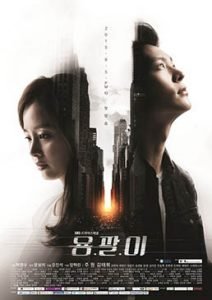 This one is also very good. Its a medical and melodrama genre. So its bout exciting and emotional. Follows some of the same themes of Innocent Man.

Kim Tae Hyun is a talented surgeon. Desperate for money to pay for his sister’s medical bills, he adopts the code name Yong-pal and offers his medical skills to those in need of medical attention but who cannot do so publicly, dealing with criminals and corrupt plutocrats. Joining a team of corrupt physicians Kim rescues “sleeping beauty” Han Yeo Jin, a chaebol heiress, from a medically induced coma, leading to unintended consequences. 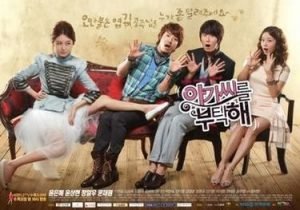 My Fair Lady is very entertaining. It’s funny and very touching. This one was almost up there with Innocent man for me personally. The main leads had good chemistry and character development.

Kang Hye-na, the only successor of Kang-san Group, is the owner of the ‘Lady Castle’ and lives a ‘princess-like’ life with her servants. Hye-na’s parents died from a plane accident and her grandfather brought her up. Hye-na is strong-headed and selfish, whose world revolves around her because she could not experience the warmth of a family whilst growing up. One day, she comes across Dong-chan when she is carelessly driving and knocks into Dong-chan’s truck in which he is shipping flowers. She knocks out a bunch of flowers from his truck so Dong-chan goes to complain. She refuses to apologize but just gives him money. She drives away although Dong-chan isn’t satisfied. He chases after her and eventually cuts her off at the end of a road. Kang Hye-na ignores this and just drives straight into his truck. As a consequence of this, he makes Hye-na do community service, kidnaps her, and appears in front of her as the new household manager. Hye-na makes every effort to throw him out from the Castle, but Dong-chan refuses to budge.

The Snow Queen had the best ending out of all the dramas on this list. That alone let me know any kdrama fan would love this drama.

The drama starts with Han Tae-woong (Hyun Bin), a quiet, 17 yr-old math genius, entering a prestigious high school. There he meets Kim Jung-kyu, also a genius in mathematics. The two immediately develop rivalry and tension, but later become best friends. Through their conversations, we learn that Jung-kyu is a big boxing enthusiast. Meanwhile, Tae-woong stumbles upon a little girl being bullied in the street and saves her. The girl develops a crush on him and gives him her pager so that she can see him again, but they never exchange names or contacts. They promise to meet again soon, but this never happens.

In a highly anticipated International Math Olympiad, Jung-kyu fails to fulfill his father’s expectations to win the gold medal, and commits suicide in shame. Tae-woong, who wins the gold medal instead, struggles from guilt, as he feels like he is partly responsible for Jung-kyu’s death. From guilt, Tae-woong quits school, leaves home, and disappears.

Eight years later, Tae-woong, now 25, is a nameless boxer, living a completely different life. He abandoned his mother, dropped out of school, left mathematics, and pursued boxing in honor of Jung-kyu, but he still bears painful memories of his past. He then meets Bo-ra (Sung Yu-ri), a beautiful, but cold-hearted young woman. She is the daughter of a rich businessman but has an incurable disease. After a chain of events, Tae-woong is hired as her chauffeur. They end up falling in love, but Tae-woong discovers that she was the little girl that he met eight years earlier and that she is Jung-kyu’s little sister. Throughout the story, the two learn to find true happiness by helping each other. Tae-woong melts Bo-ra’s heart with love and helps her open up her heart. In return Bo-ra helps Tae-woong with his painful memories of the past.

Ban Ji-Yeon is a single 39-year-old woman. She works as a reporter and is very enthusiastic about her work. So much so that she is often called a “witch” at work. She doesn’t believe in true love, because of her past experience when her boyfriend disappeared prior to their wedding.

Yoon Dong-Ha is a 25-year-old young man who runs a small errand center with his friend. The errand center will do pretty much anything including sending out someone dressed as Santa Claus or provide security for an idol star. He looks like a happy guy, but he lost his girlfriend by an accident.

No Shi-Hoon (Han Jae-Suk) is a 41-year-old war photographer. He was Ban Ji-Yeon’s boyfriend.