Let me share with you lovely folks a list of Must Watch Korean Dramas of all time. Every Kdrama fan has either watched or heard about one of these dramas.

Below is the list of Must Watch Korean Dramas: 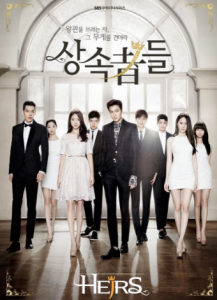 Arguably one of the most popular Korean Drama every. This kdrama was a gate drama for many fans into the beautiful world of kdrama. The story and characters were great and compelling and just all around perfect.

Kim Tan is the heir to Empire Group who has been sent to study abroad in the U.S., In reality, it’s a form of exile, as his elder half-brother back home schemes to take over the family business. While in the States, Kim Tan meets Cha Eun Sang, who arrived from Korea in search of her older sister.

He feels himself falling for her, never realizing that she’s the daughter of his family’s housekeeper. When his fiancée Rachel Yoo arrives to bring him back to Korea, his heart is torn between love and duty. 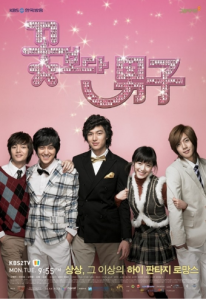 This another very popular Korean Drama and also a gateway drama for fans into the world of Kdrama. The story was phenomenal and very entertaining. The actors were great at their job and made the story come alive.

Jan Di, the Heroine, is the poor but bright girl who has a strong sense of justice and full of vitality. She transfers to an exclusive high school where only the rich go. In there, she encounters with the four rich and quirky boys and experiences love and friendship.

3. MY LOVE FROM THE STAR 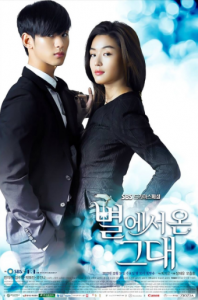 This drama here is that drama that started it all for me. My girlfriend demanded I watch this with her, she wanted me to get into korean dramas. Once I watch this kdrama that was it I was sold. It was such a great story and concept. I enjoyed the story and the actors very much. This is also one of the most popular Kdramas out there.

My Love From The Star Synopsis

Do Min Joon is an alien who landed on Earth 400 years ago during the Joseon Dynasty period. He possesses a near perfect appearance and enhanced physical abilities involving his vision, hearing, and speed. Later, he discovers that he has three months left on Earth. And that is when he meets Cheon Song Yi, the biggest Hallyu star in Korea. 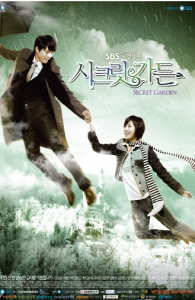 This one is so extremely popular it got itself a Chinese remake. Fans really loved this drama and it was obvious why. The story and actors where all phenomenal. This drama was enjoyed by a lot of people all over the world.

The drama tells the story of Kim Joo Won, an arrogant and eccentric CEO who maintains the image of seeming perfection, and Gil Ra Im, a poor and humble stuntwoman whose beauty and body are the object of envy amongst top actresses. Their accidental meeting, when Joo Won mistakes Ra Im for actress Park Chae Rin, marks the beginning of a tense, bickering relationship, through which Joo Won tries to hide a growing attraction to Ra Im that both confuses and disturbs him. To complicate matters further, a strange sequence of events results in them swapping bodies.

This particular Korean Drama is probably the best on this list in my opinion. Here is why for me this show was just perfect. From main leads to second leads to simple comes the characters where amazing. The story was next level. It pulled on our heartstrings but was other times light enough to make you feel at ease.

Kim Shin was once an unbeatable general in war who died a sad death. He now possesses immortality but is tired of living whilst everyone else around him dies. For 900 years, Kim Shin has searched for his bride, a mortal who can pull out the sword that binds him to the living.

One day, he encounters Ji Eun Tak, a positive, upbeat high school student who can see the dead and has gone through tragic things, yet still stays strong. She claims to be the Goblin’s bride who can end his immortal life, but what appears to be an easy task only gets complicated as the two fall into requited love.