AB6IX Locations And Dates For World Tour Announced.  The group kick off their tour in Seoul, Korea on November 9 – 10. After this the fully commence in 2020 with four major city stop in Europe (Paris, Berlin, London and Amsterdan) all this within the month of February.  In March the tour goes back to Asian with multiple stops in major cities like Tokyo and Osaka in Japan.

The last leg of the tour will be in April with multiple stops in the USA in cities like Atlanta, Chicago, Los Angeles among others.

Take not of image below for more information on dates on location. 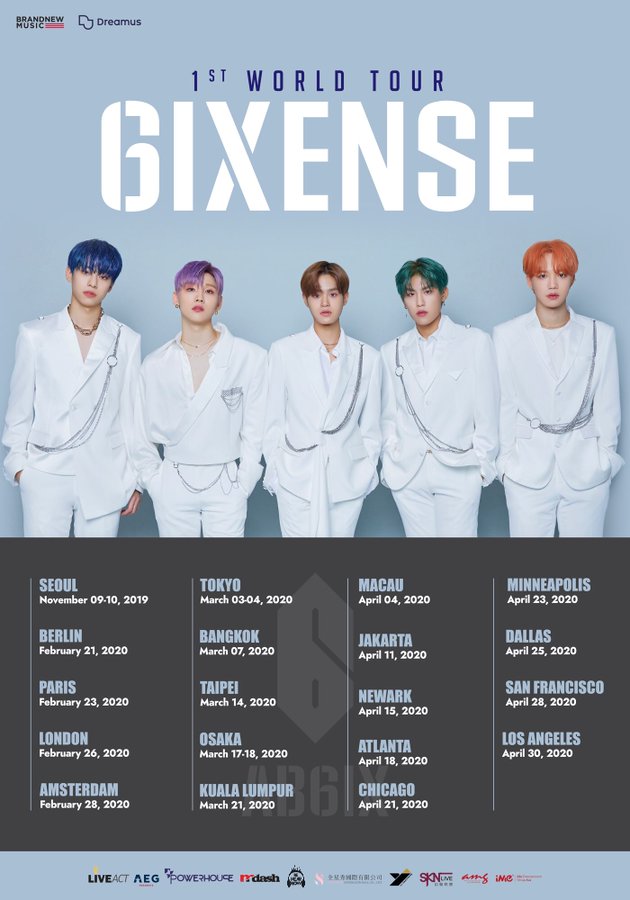