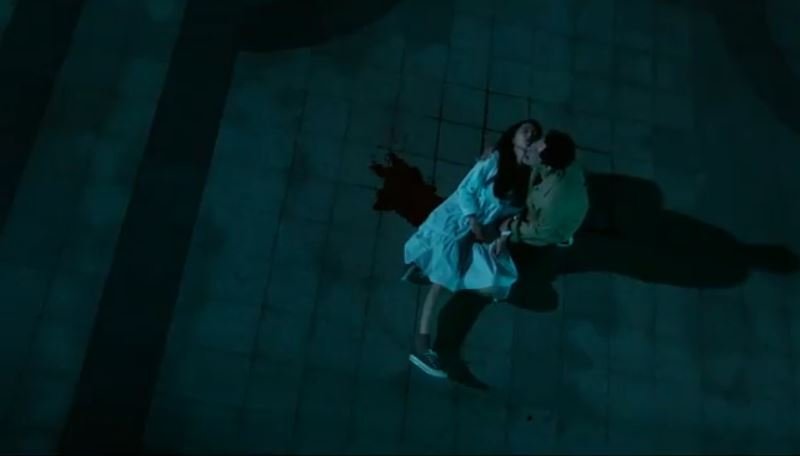 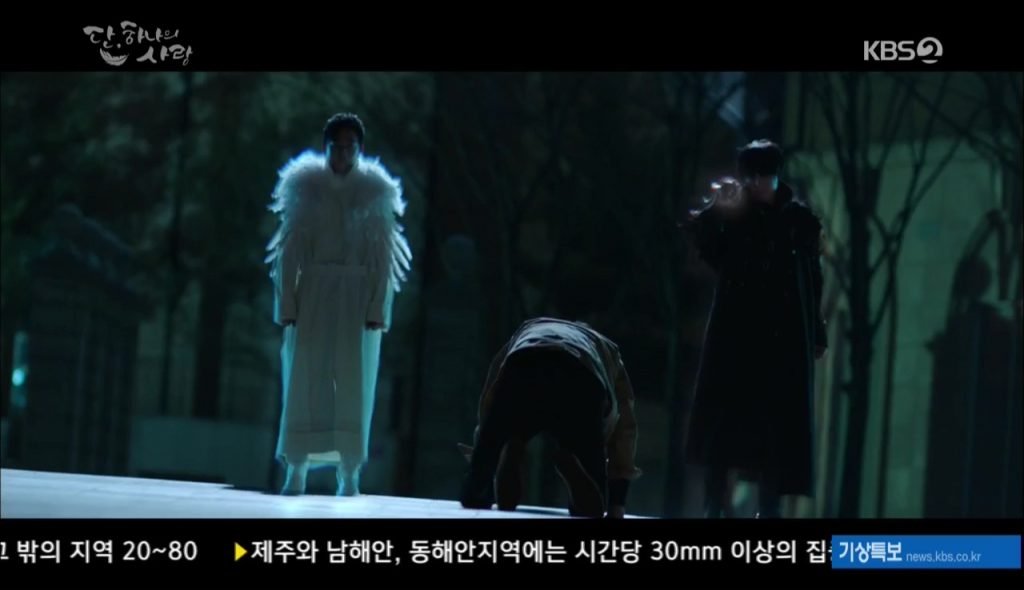 In episode 11-12 the flashback was quite touching.  Here it was revealed how Kang-Woo was punished for failing to carry out his mission and loving a human being.

Here we saw that his past lover(who looks just like Yeon-Seo) died in his stead and that is why he didn’t dissipate, instead, his punishment was worse, it was to live on without her, not being able to die. In this episode, we saw how miserable he was to the point where he attempted suicide multiple times.

There is something I’m still trying to figure out- did Yeon-Seo reincarnate? 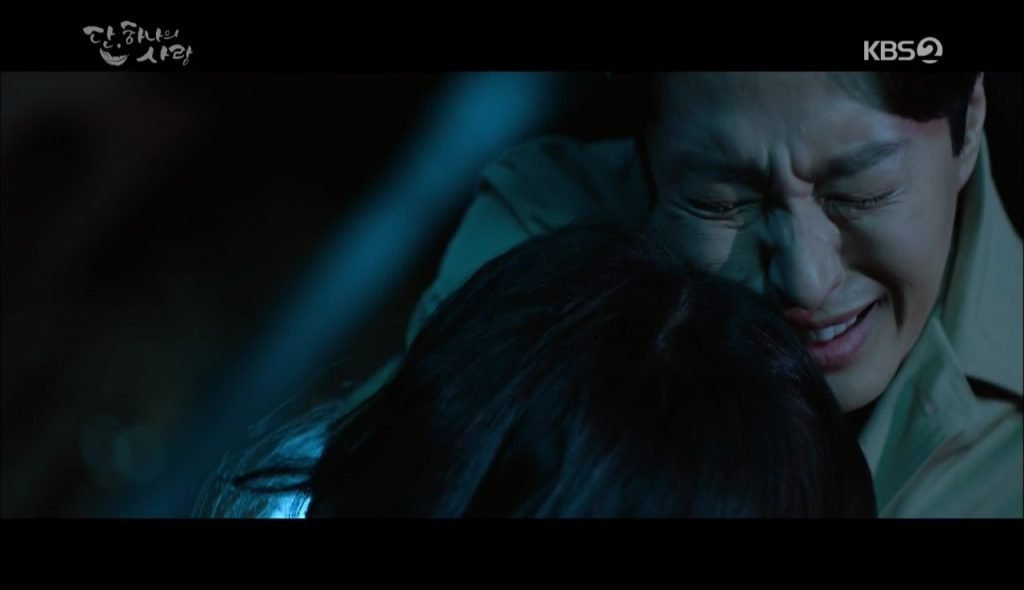 As we can see from episode 11-12 she is basically in the same situation Kang-woo past lover was in, only this time it is with Dan. 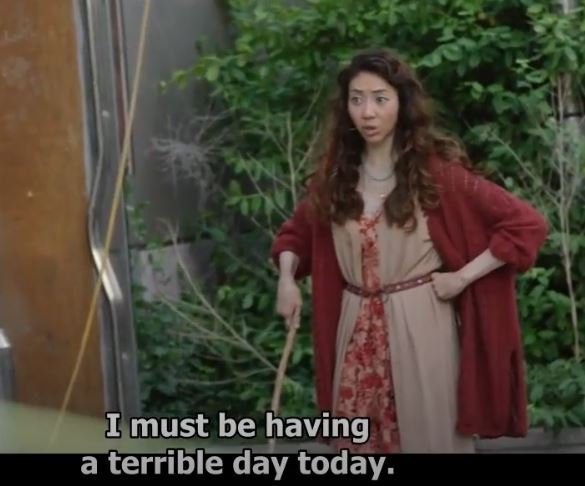 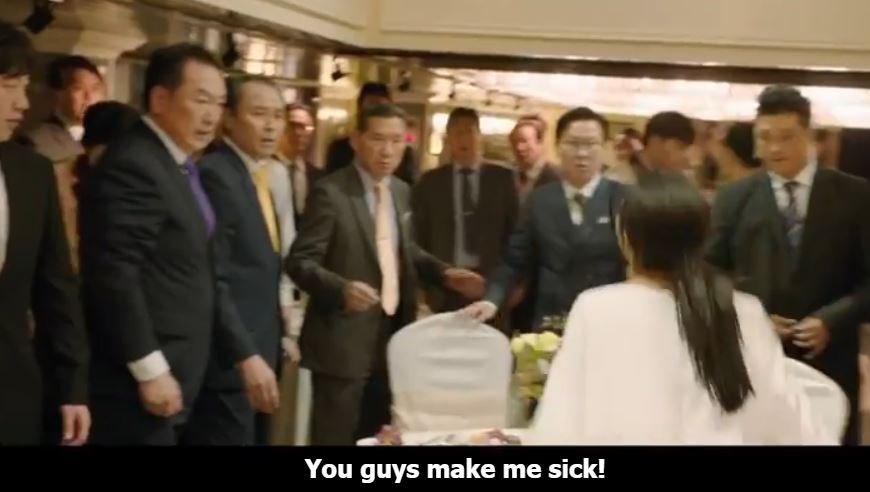 Yeon Seo’s evil aunt and cousin again tried to ruin her. This made her really depressed, however, thankfully she has Kim Dan to comfort her. So far we have seen where Fantasia has lost most of its investors, because of Yeon Seo going off at them at the event  They all object to her coming back to Fantasia.

This was all her aunt’s doing.

Kim Dan Stands Up to The Evil Aunt- 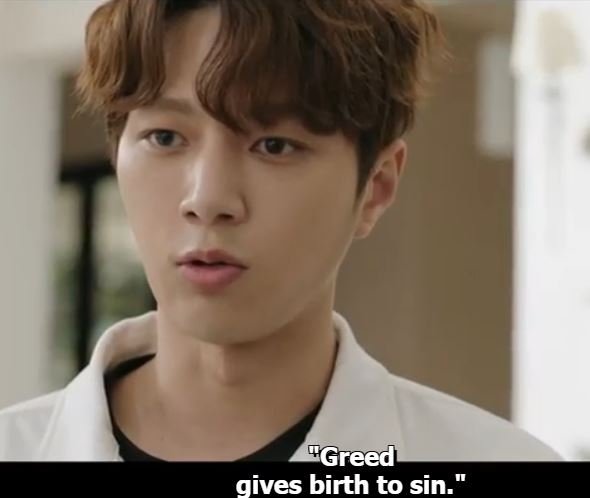 I love how Kim Dan tries to protect Yeon Seo at all means. He was quite disgusted by the way her own family treats her. The incident at the party was more of a wake-up call for Dan than anybody else. He is now fully aware of what  Yeon Seo’s family is capable of.

These were some of the things he shouted to her face. He couldn’t hold it in any longer.

“When it is full blown it gives birth to death!”

This scene touched every single cell in my body.  It just shows us how human beings are on a whole. Greedy and filled with hate. Kim Dan felt Yeon Seo’s pain just by seeing how they treated her. In this episode, he figured out who was behind drugging her at the event.

By the way, those investors depict the type of men in society who believe because they have money they can look down on women and mistreat them. Even though it may hurt her in the long run, I’m glad Yeon Seo stood up to them.

Furthermore, from the flashbacks with Kim Dan and Yeon Seo, we see there is more to them, as they were close as kids.  As the drama progresses we will dwell into their relationship more.

The Love Kim Dan and Yeon Seo Share Is Heartbreaking- 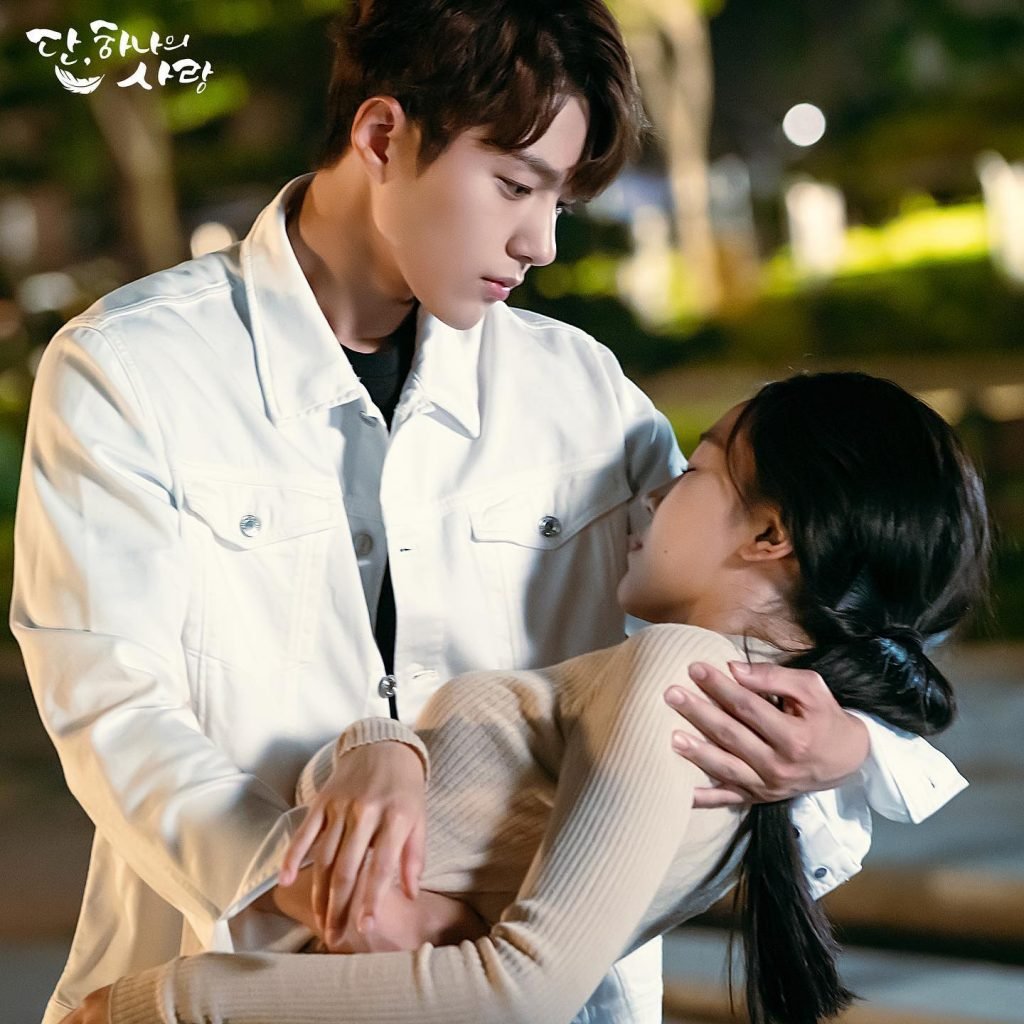 The leads are very talented. I can see and feel each of their emotion on screen. It is so believable.  The way he looks at her, the way he reacts when she gets hurt, he will go through all means to protect her. In the last scene in this episode, you could see that he is holding himself back with sadness and it is taking a lot to do so

Also, from episode 11-12  we see where Yeon Seo is really affected by Kim Dan saying he doesn’t like her. Who knew she was so soft-hearted?. This also showed that she really likes him. It’s a pity that Kim Dan will probably have to leave her side in the end.

I know Kim Dan must feel so trapped in his feelings knowing he is forbidden to love Yeon Seo, who lacks so much love. Yeon Seo, not understanding the situation he is in gets hurt in the process. 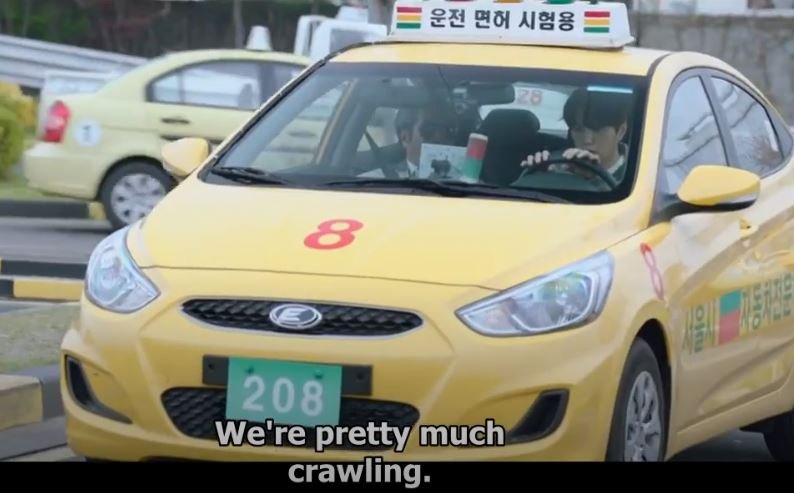 Ok, that scene where Dan learns to drive was hilarious. He must be thankful for Arch angel Hoo who is like a father figure to him. How great it must be to have someone to erase your mistakes as you go along!

In the ending of episode 11-12, Kang-woo attacked Kim Dan and they fell over a bridge. So basically, Kang-woo is pissed because Kim Dan advised Yeon-Seo to give up dancing since its making her unhappy.  I believe he said those words to her because he saw how much she was suffering. Of course! he knows she loves ballet, but at the same time, it is because of ballet why her family and everyone around her tries to destroy her character and being.

The preview was so exciting, We see where Yeon Seo is on a mission to make Kim Dan like her. I can’t wait. Comment below if you have any suggestions or questions.