To see the recap of episode 25-26, click here. And also beware of spoilers.

Yesterday’s episode ended with Kim Dan saying Yes to Yeon Seo’s proposal. After finding out the fate Yeon Seo will eventually face, he is even more determined to go all the way and spend as much time with her.

At the start of this episode, he officially proposed to Yeon Seo, although the two are aware that their happiness may not last long, they are thinking positively. He basically declared that she was his everything, she in return wants to live a thousand years with him.

Yeon Seo, who may have suspected the reason for Kim Dan’s sudden change, tries to absorb as much as she can at the moment.

Kim Dan later revealed to her that, the deities have rejected his request and he may not return to being a human. However, he doesn’t tell her the heartbreaking truth that is causing him to worry.

What Archangel Hoo had said to him about Yeon Seo’s destiny (it is Yeon Seo’s fate that she will die soon) constantly plays over and over in his head; being reluctant to accept this he despises the decision of the deities.

Yeon Seo and Kim Dan seem to be living in their own world, a place filled with love and happiness. As I have said before, the chemistry these two shares onscreen is so surreal to the point where it is believable.

Ms. Jung surprised at the two, wondered how their relationship developed so fast in the blink of an eye.
She was also quite honored that they asked for her blessing. She however hilariously flipped the script on them, by letting Kim Dan know how could she give up this precious young lady that she has raised from she was baby.  She also jokingly said that all Kim Dan has is that handsome face and commented on him coveting his boss.  Though Yeon Seo tells Ms. Chung to play along, She carries on Lol.

Yeon Seo took her joke a bit serious and emotionally snapped at her.
They later sat down and had a serious talk. Ms. Chung concerned for Yeon Seo lets her know that she’s very important to her and she’s worried that Yeon Seo might get abandoned again.

Yeon Seo, however, told her that she’ll be okay is she is abandoned because she has enough love to last her a lifetime.

This is quite sad as It appears Yeon Seo is mentally preparing her self for when Dan leaves.

In preparing for their wedding, Yeon Seo and Kim Dan decided to go appliance shopping. In the process,  Archangel Hoo continuously disguises himself to create a rift between Kim Dan and Yeon Seo. Kim Dan noticed that it was Archangel went outside to talk and they got into a fight.

Archangel Hoo has been trying to tell Kim Dan of the big mistake he’s making, however, blinded by his love for Yeon Seo he is unable to see it. Again he was told that it doesn’t make sense for him to pursue Yeon Seo as it is her fate to die soon, Kim Dan who refuses to accept this continues to live in his love.

Yeon Seo caught the two fighting and later sat down with Archangel Hoo where she asked him to officiate their wedding. Hoo, surprised by this told Yeon Seo that no one gives their blessing for them to get married.  He was really upset and disappointed with Kim Dan reckless choices.

Further on in the episode, Hoo eventually warms up to Yeon Seo and Kim Dan’s decision. Though he tells them he can not give his blessing, we saw where he advised Kim Dan to go far as he can to enjoy what is left.

While Director Choi and her husband have been detained for questioning, Kim Dan visits Ru Na in an attempt to warn her to stop her evil deeds and to confess to her crimes. In the process, Ru Na who is still curious as to how Yeon Seo was saved after being pushed from a building, questions Kim Dan.

Dan, nonetheless, is not phased by her evil spirit and lets her know if she continues he might end up killing her.

In this scene, we experienced a situation with good and evil standing face to face, Kim Dan who is good, makes it clear he will go to any extent to save Yeon Seo even it means he will commit an evil act.

Further on in this episode, we saw where Kim Dan caught Ru Na in her act of paying someone to attack Yeon Seo. However, he and Kang Woo found out who the assailant was and made a deal with him. 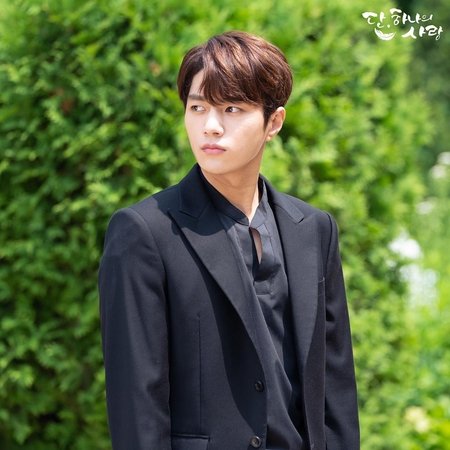 Moreover, Kim Dan’s plan was evident to Kang Woo when he told him that he should take care of Yeon Seon, as he had made up his mind to kill Ru Na.

After meeting with the press to stabilize the recent disarray in Fantasia,  Yeon Seo and Kang Woo sat down to talk. Yeon Seo in her content state gave Kang Woo an invitation to her wedding. Kang Woo is surprised at Yeon Seo because he had informed her that Kim Dan would eventually dissipate.

In this scene, he tried to show her the seriousness of the situation, both her and Kim Dan and are in. However, based on Yeon Seo’s response he saw that she would not allow anything to stop her from loving and wanting more with Kim Dan.

After Kang Woo realized this, he figured he would tell her the harsh piece of truth that she was unaware of. Yeon Seo found out that in order for her to live Kim Dan must die and also if Kim Dan should return to being a human she must be sacrificed. Scared at the thought of what he said Yeon Seo was left in worry and shock.

This, however, did not stop her from moving on with her plans of marrying the man she loves. 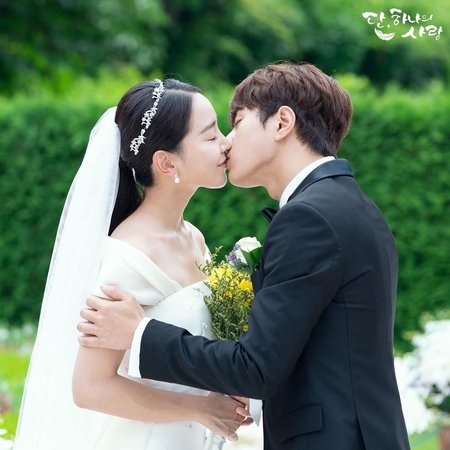 Despite everything happening around them Yeon Seo and Kim Dan tied the knot. They actually got married. In this scene, it was evident that the deities were displeased, as their written vows were burnt away.

The final scene of this episode was simply magnificent, it actually gave me chills. This is what you call genuine and selfless love. This is the type of love the bible would normally refer to.

In an attempt to save each other both Kim Dan and Yeon Seo went to the deity to offer up themselves just so the other could live. For Kim Dan it was to kill Ru Na so that Yeon Seo will live without harm, for Yeon Seo it was to offer everything she has so that Kim Dan may live.

The problem I believe the deity might have is that this selfless love is not directed to him but to another mere angel and human being.

However, I assume because of the genuine love that exists between the two, the deities may just reconsider ending Yeon Seo’ life or dissipating Kim Dan.

And once again the strength of this scene would have been impossible if the leads weren’t so talented and the writing wasn’t great. Congrats. I felt everything.

Next episode will definitely be epic. I cannot wait to see how everything will unfold.