Arthdal Chronicles Part 3: The Prelude To All Legends have released their new poster and fans are loving it.

Part 3 of the drama will be airing on the 7th of September and fans are excited to see the continuing reign of Tagon and how Saya, Eunseom, and Tanya will fulfill the prophecy.

Part 1 of Arthdal Chronicles was subtitled Children of Prophecy, while Part 2 was known as Turning Sky, Rising Ground. According to the new poster, Part 3 is called Arth, the Prelude to All Legends.

Also based on the poster, there will be a new lead character  Kim Sung Cheol, in part 2 he played a minor role as a fellow slave in the mines with Eunseom. In Part 3, he is presumed to play a major role in Eunseom’s escape.

The production staff stated, “Part 3’s main poster contains the message, ‘these are the birth of the heroes who will make the legends of Arthdal.’ Ta Gon, Sa Ya, Tanya, and Taealha, who now hold the reins of power in Arthdal, all know they started from the bottom. On the other hand, Eunseom and Ipsaeng embark on a new adventure together after Satenik’s untimely death.”

I can’t wait for part 3 of Arthdal Chronicles. Here is a look at the official poster for part 3. 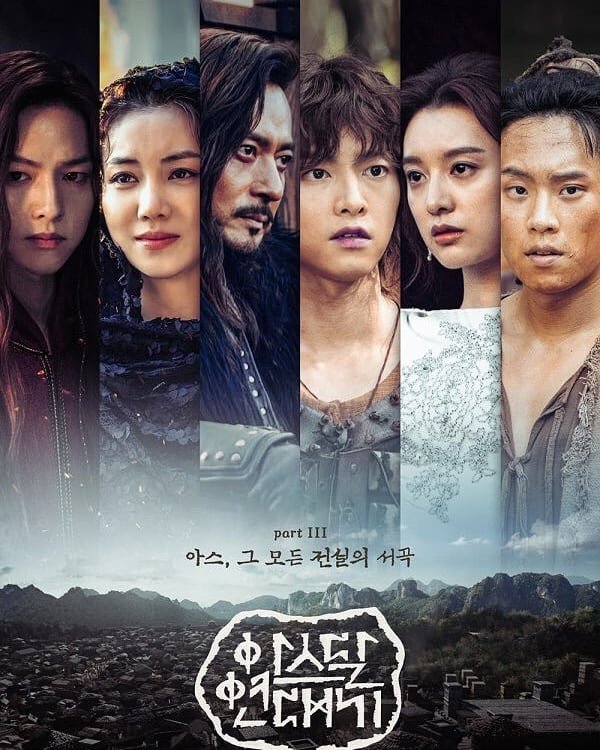 To catch up on the recaps of the final episode of Part 2, click here.