Actress Emma Stone will host the episode, which is to air one day after BTS’ next album, Map of the Soul: Persona, which drops on April 12. Below is a schedule posted on Saturday Night Live twitter page which shows the days  leading from March 30 to April 13, the day in which BTS will make be a musical guest on Saturday Night Live. 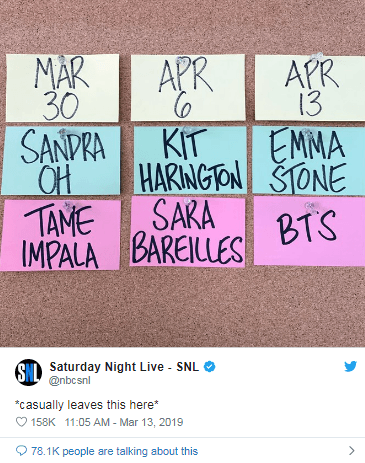 Map of the Soul: Persona, will be the BTS’s seventh release via Big Hit Entertainment. The South Korean boy band’s latest album has pursued a stream of 2018 releases such as:

The Korean-language Love Yourself: Tear

The Japanese-language Face Yourself.

Starting Wednesday, March 13th, Map of the Soul: Persona will be accessible to pre-order.The album release pave the way for  the group’s approaching Love Yourself Speak Yourself World Tour,

Advertisement
which hits stadiums throughout the U.S., Brazil, Europe and Japan

BTS’s fan group ARMY has since been very excited since the announcement. Fans have since speculated that Map of the soul persona will somewhat be a replica of the book, Jung’s Map of the Soul: An Introduction.

This is not the popular record breaking group had made reference from books to apply to their albums. BTS’s previous album Wings was inspired by the book Hesse’s novel Demian: The Story of Emil Sinclair’s Youth.

Fans all over world have made the comment that  BTS will be making a comeback with Map of the Soul: Persona. 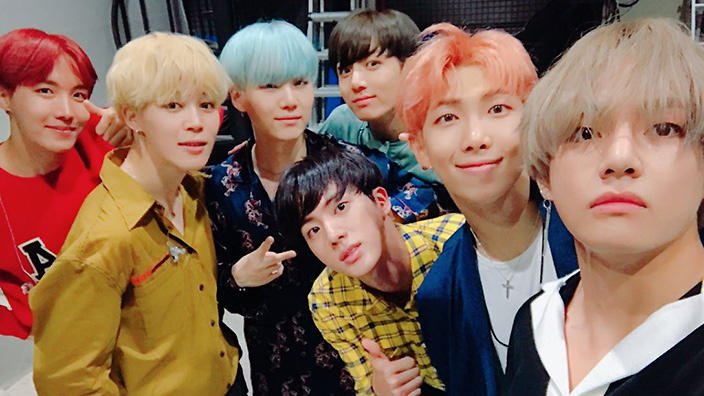