The story of Yanxi Palace

The story of Yanxi Palace Plot

A young woman who enters the royal palace with an agenda encounters kindness and opportunity.

Wei Ying Luo (Wu Jin Yan) enters the royal court of Hong Li, Qianlong Emperor (Nie Yuan), to uncover the truth behind her sister’s tragic death. She suspects the imperial guard Fucha Fu Heng (Xu Kai) and tries to get close to his sister, Empress Fucha Rong Yin (Qin Lan). Ying Luo manages to transfer to Changchun Palace to work as a maid. There, Ying Luo is mentored by the kind Rong Yin, who teaches Ying Luo to read and write, and she also falls in love with Fu Heng.

Through a series of events, Ying Luo becomes the Emperor’s concubine, Consort Ling. Alongside other concubines like Consort Xian (Charmaine Sheh), can Ying Luo put her personal agenda aside to serve the Emperor?

“Story of Yanxi Palace” is a 2018 Chinese drama series directed by Hui Kai Dong and Wen De Guang. Based on the novel Yan Xi Gong Lüe by Zhou Mo, the drama won Best Television Series at the 5th Hengdian Film and TV Festival of China. 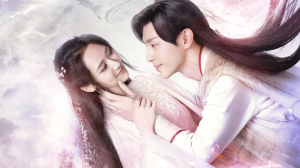 A frost flower fairy who is unable to feel emotion is caught up in a love triangle with two warring deities.

Jin Mi (Yang Zi) is the daughter of the Flower Deity and Water Immortal. The deity learns that her daughter will suffer a great love trial, so she gives the baby girl a magical pill that prevents her from feeling any emotion or falling in love.

When Jin Mi mistakenly believes that her father died at the hands of the Fire Immortal, Xu Feng (Deng Lun), she kills him and ends up coughing up the magic pill in the process. Xu Feng comes back to life as the Demon Lord and challenges the Night Immortal, Run Yu (Luo Yun Xi), who took over the throne as the Heavenly Emperor.

When Jin Mi becomes caught between the two warring lords, what will be her destiny?

“Ashes of Love” is a 2018 Chinese drama series directed by Chu Rui Bin. It is based on the novel Heavy Sweetness, Ash-like Frost by Dian Xian. 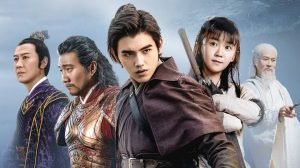 They are both chosen in their own ways to protect their people and the country.

Ning Que (Chen Fei Yu) is the only survivor of General Lin Guang Yuan’s regime, which came under a calculated and brutal attack of another dangerous general. Ning Que manages to escape to Du City with his maid, Sang Sang (Song Yi Ren), and joins the best martial arts academy there.

When Sang Sang becomes ill with a mysterious illness, Ning Que takes her to a doctor, only to discover that Sang Sang is the reincarnation of Yong Ye, a mysterious and powerful being that is prophesied to bring about chaos.

With evil forces now trying to get their hands on Sang Sang to channel her power, Ning Que must put his life on the line to save Sang Sang and his people. 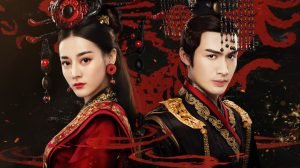 During the Warring States Era, the most beautiful woman in the land captures the hearts of two very powerful men.

Gong Sun Li (Dilraba Dilmurat) is the granddaughter and disciple of the powerful military commander Gong Sun Yu. The first disciple Jing Ke (Liu Chang) and Li have always been in love with each other since childhood. When the Qin troops attack, Jing Ke is poisoned while trying to protect Li. In order to save Jing Ke, Li agrees to marry Ying Zheng (Zhang Bin Bin), the King of the Qin State, but discovers that she is already pregnant with Jing Ke’s baby.

Ying Zheng has always been in love with Li and accepts the child as his own. As Li gets to know the kinder, gentler side of the ruthless ruler, she begins to fall in love with him. Where will her allegiance lie when Jing Ke comes to the palace to assassinate Ying Zheng?

“The King’s Woman” is a 2017 Chinese drama series. It is adapted from the novel The Legend of Qin: Li Ji Story written by Wen Shiren. 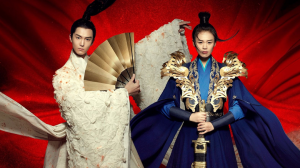 During the Song Dynasty, a mighty female general accomplishes the unthinkable for a woman of the era. When tragedy befalls her family, Ye Zhao (Sandra Ma) dresses like a man and takes the place of her father in the Chinese military and rises to the rank of general.

When the Empress Dowager begins to worry about Ye Zhao gaining too much power, she decides to marry Ye Zhao off to Zhao Yu Jin (Peter Sheng), the prince of Nanping who is known for being incredibly handsome, lazy and pampered due to his weak health.

Ye Zhao’s love transforms Yu Jin into a different man. But who will end up holding the ultimate power in the kingdom?

“Oh My General” is a 2017 Chinese web drama series directed by Wen Jie He. It is adapted from the novel General Above I Am Below by Ju Hua San Li.