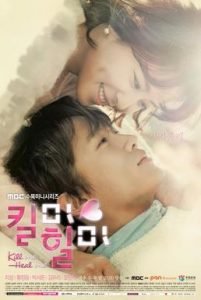 The human body is capable of all sorts of things to survive in difficult situations. Cha Do Hyun (Ji Sung) is a third-generation business heir who developed dissociative identity disorder (previously known as multiple personality disorder) in the aftermath of several life-threatening traumatic events. He tries to regain control over his life with the help of Oh Ri Jin (Hwang Jung-eum), a beautiful first-year psychiatric resident who helps him secretly. But Ri Jin’s twin brother, Oh Ri On (Park Seo-joon), is a writer who is determined to uncover the unscrupulous lives of the rich and starts following Do Hyun around. Can Do Hyun take control over his condition before one of his seven personalities takes control of him instead?

2. Hello Monster / I Remember You 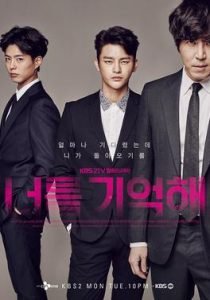 Genius profiler Lee Hyun (Seo In-guk), returns home to Korea after something from a case he’s been sent triggers a memory he thought he’d lost forever. Unbeknownst to him, one of his team members, Detective Cha Ji-an (Jang Na-ra), has been investigating him for some time. She is aware that his father was murdered and his brother disappeared under mysterious circumstances involving a criminal named Lee Joon Young (Do Kyungsoo) — whom they both want found and incarcerated. Each seeks to unravel the other, unaware that they’ve been drawn into a dangerous game of cat and mouse by a master player and that both truth and evil are closer and far more twisted than they think.