Who Will Get The Girl Extraordinary You Episode 11-12

Extraordinary You has again put us on the edge of our seats in trying to figure out which character will succeed in getting the girl.

With two sets of love triangle forming, each week the writers have us in a state of uneasiness. Extraordinary You has revealed new stills  for today’s episode which suggest that of Jung Gun Joo (Lee Do Hwa) and Kim Young Dae (Oh Nam Joo) will be fighting for APRIL’s Naeun’s (Yeo Joo Da’s) heart again.

From previous episodes, its evident where Nam-Joo confronted Do-Hwa more than once about his closeness to Yoo-Da. Do-Hwa who have become aware of the comic world doesn’t seem phased by Nam-Joo’s disapproval. Instead he has been trying to tell Joo-Da of his underlying feelings when the comic is off stage.

Nam-Joo who is the star of the comic absolutely hates when others pass their places especially when its as serious as coming after his girl. Hence we know that he won’t be backing down so easily.

In newly released stills for today’s episode, Lee Do Hwa and Oh Nam Joo show rivalry as they glare at each other and get ready for a swimming competition. 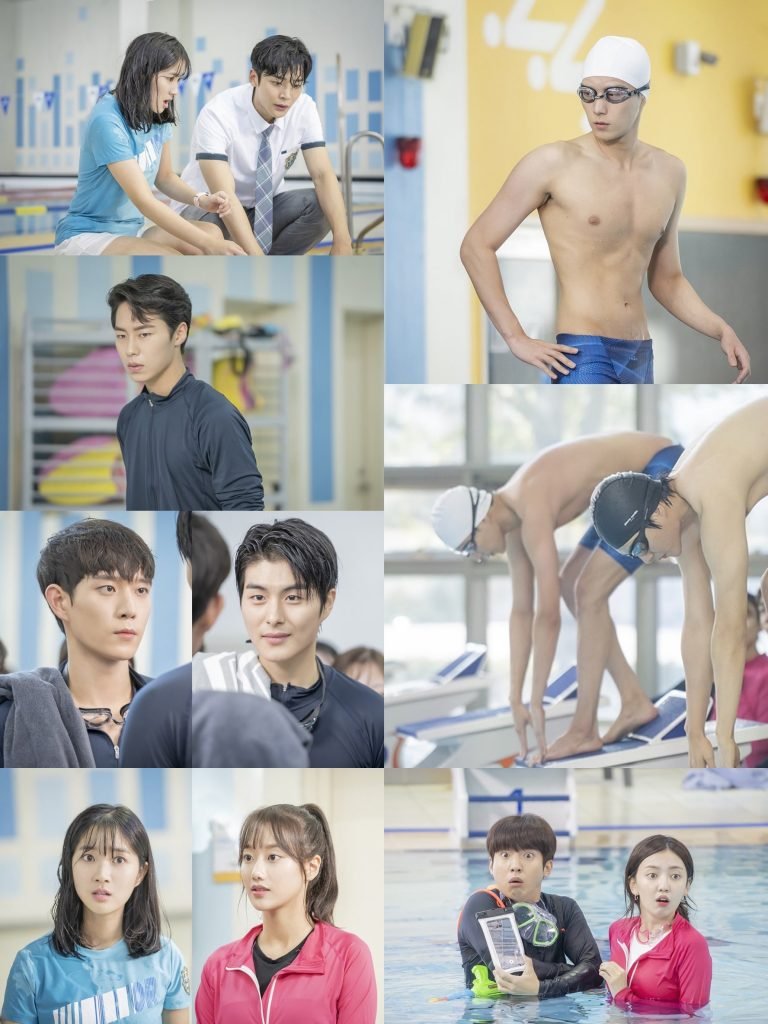 With yesterday’s episode leaving us with a twist, I am curious to see how both love triangles will turn out. Will Do-hwa break away from the writer’s predetermined wishes and alter story?

To see the recap of Extraordinary You episode 9-10, CLICK HERE.