Each week Extraordinary You impress us with its great story line and remarkable actors.

Extraordinary You is based on a fantasy romance webtoon that tells the story of a high school student who has come to the realization that she now lives in a manhwa world.

Realizing that her role is insignificant and that she is used as an extra to make the life of the leads better, makes her frustrated. Hence, she tries constantly to rewrite her own story and change the predetermined fate set by the writers.

According to the stills for this week’s episode, Eun Dan Oh has found herself in a love triangle between Baek Kyung and the extra, now known as Ha Roo. We see where Ha Roo is taking no chance to lose Eun Dan Oh to Baek Kyung.

Since the start of the story, Baek kyung has been pushing Eun Dan Oh away and has continuously verbalized his dislike for her. He sees her as a nuisance, since his father’s love and approval is dependent on how well he treats her. However, since the last episode, it appears he has started to fall for her hence the heated confrontation between him and Ha Roo.

Based on the released stills, Baek Kyung grabs Eun Dan Oh’s wrist, and Ha Roo retaliates by pulling her behind him. Eun Dan Oh looks troubled as Ha Roo and Baek Kyung glare at each other. 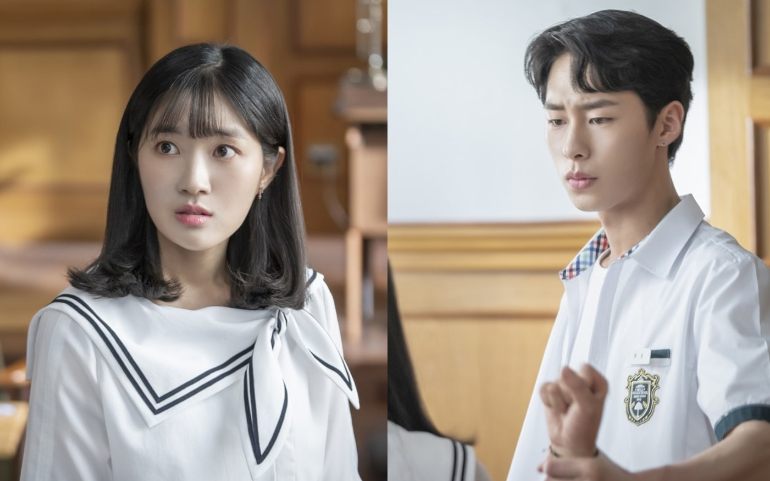 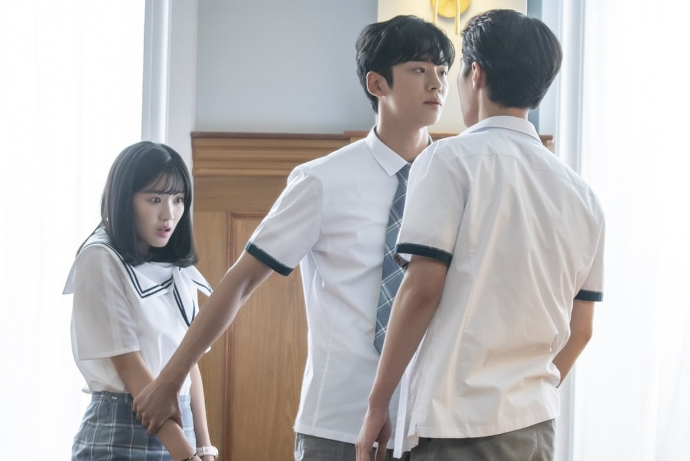 An assumption to what caused this dispute is that Baek Kyung will not approve of Eun Doh calling off the engagement. He will ultimately blame Ha Roo for it, as he believes Eun Doh likes him.

His abusive father that uses him as a pawn for his success, will definitely react strongly when he finds out Eun Doh broke off the engagement and will instantly blame Baek Kyung for it.

This week’s episodes of Extraordinary You can be viewed at Kissasain.com