As the story unravels things get a bit interesting.  Yoo In-suk, the former CEO of Yuri Holdings is said to have played an influential role in the chatroom ongoing scandal.

The former CEO is considered to be a leading figure among others such as Jung Joon Young, Seungri, Choi Jong Hoon, and four other individuals.

It was  reported by KBS news in March 2015, that shockingly prostitution was among the illicit acts that took place in the chat:

It was shown in the messages whereby Yoo In Suk had given out several instructions to “prepare women” for a Christmas party. The men went back and forth while making reference to the ‘gift’.

JUNG: “Do I just send her back after sex?

JUNG: She must be an expensive one.

JUNG: Okay, is she coming now?

JUNG: Hyung, why is the present not coming? he laughs.” 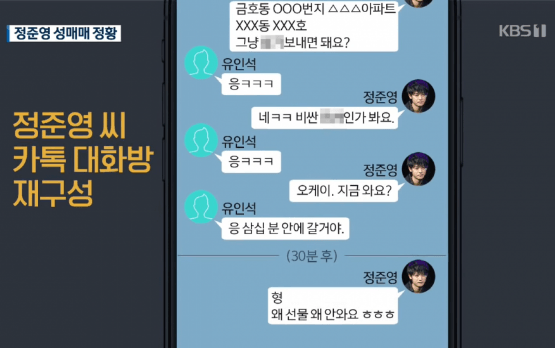 KBS News also exposed the conversation that had taken place between JUNG and CNBLUE’s Jong-hyun, whereby the two appeared to have been taking part in prostitution overseas.

JUNG: “Ah Berlin is fun. I hung out with prostitutes.

JONG-HYUN: LOL crazy, did you sleep with them? LOL

JUNG: Yeah LOL. The girls are good. There are many Romanian one.” 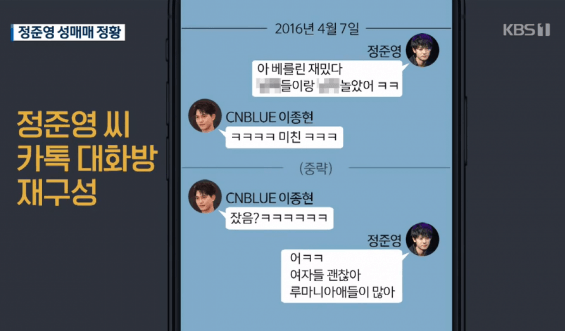 According to SBS, Yoo In SuK had told reporters that, the chatroom contents were exaggerated because his younger friends, referring to other chatroom members, wanted to show off.