Medical Korean Drama are very popular. So popular that there is a huge catalog of medical dramas to choose from. So today I will share with you two of my all-time favorite for you guys to watch and enjoy as well.

Also what makes these two Medical Dramas great is the melodrama component to it, which humanizes the characters.

Check out the dramas below: 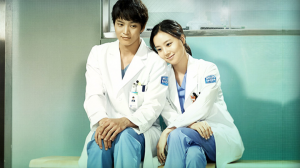 This kdrama was an absolute hit. It was so successful that there is an American version currently out now that is very successful. This Kdrama made  Medical Korean Drama step up their game.

The Story follows Park Shi-on (Joo Won) who is an autistic savant who was sent to a specialized care center as a child, where he was discovered to have a genius-level memory and keen spatial skills. He eventually enters the field of pediatric surgery as a resident, where he is given six months to prove himself capable. However, due to his atypical mental and emotional condition, Shi-on faces conflict from his peers and patients, who view him as childlike and unreliable. Most critical is the hotheaded surgeon Kim Do-han (Joo Sang-wook), who labels him a soulless robot of a doctor who can only rely heavily on his photographic memory instead of feeling what the patient needs. Despite help from understanding and fair colleagues like Cha Yoon-seo (Moon Chae-won) and Han Jin-wook (Kim Young-kwang), the hospital is a fierce and competitive world, and the challenges Shi-on faces become only greater when he falls in love with Yoon-seo.

A drama portraying the lives of doctors who struggle to bring happiness to families and children, “Good Doctor” deals with the pediatricians who save the lives of young children through a steadfast sense of duty and the pain and agony these doctors face. The raw, uncut reality of a pediatrics department bound to be substandard due to the upper management’s strict pursuit of profit and a completely illogical insurance system. The actions of the doctors, who take responsibility for the children’s futures rather than just simply treating them, make one rethink the question of what adults must truly do for children. “Good Doctor” attempts to show that those with disabilities have feelings and dreams just like everyone else and that they are actually beautiful people who can touch the hearts of all. It delivers a message saying that what these people need is not sympathy and pity, but a sense of belonging, appreciation, and recognition as a member of society. 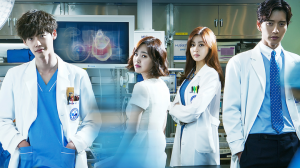 This Medical Korean Drama is very great for a couple of reasons but the most important one is the story. The story is great beyond words. The story has a melodrama component to it. This means there are some scenes that will give you the feels.

Lee Jong-suk as Park Hoon is a genius defector from North Korea begins working at South Korea’s top hospital but is ostracized by the other doctors and lives as an outcast.

Jin Se-Yeon as Song Jae-hee / Han Seung-hee. Jae-hee is Park Hoon’s soul mate who was separated from him while they were escaping from North Korea; Seung-hee is a North Korean woman and is a specialist in oriental medicine anesthesia.

In South Korea, Park Hoon begins to work as a doctor in a top hospital at Myungwoo University Hospital. Meanwhile, he found a girl that looks exactly like Jae-hee, Doctor Han Seung-hee, who claims not to know Park Hoon.