Korean Dramas to Watch in November 2020 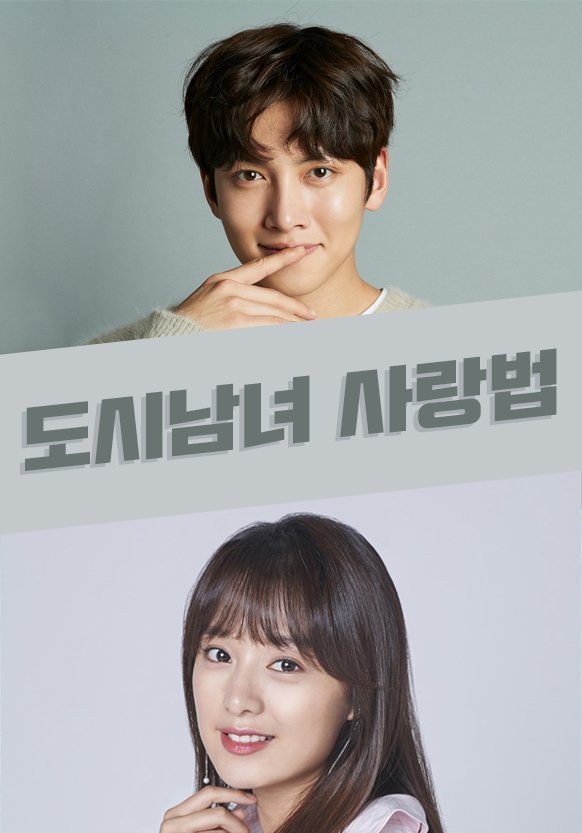 Will tell the story of the realistic dating lives of young people fighting to survive in a hectic city and find true love despite their busy livelihood. Park Chae Won, an honest and overly passionate architect who loves the city streets. After a woman that he calls the “camera thief” steals his heart one summer night and then disappears, he is unable to get over her.

Lee Eun Oh, a freelance marketer who spontaneously decides to adopt a false identity in an unfamiliar place. She accidentally ends up falling in love with Park Chae Won while posing as the free-spirited Yoon Sun Ah. 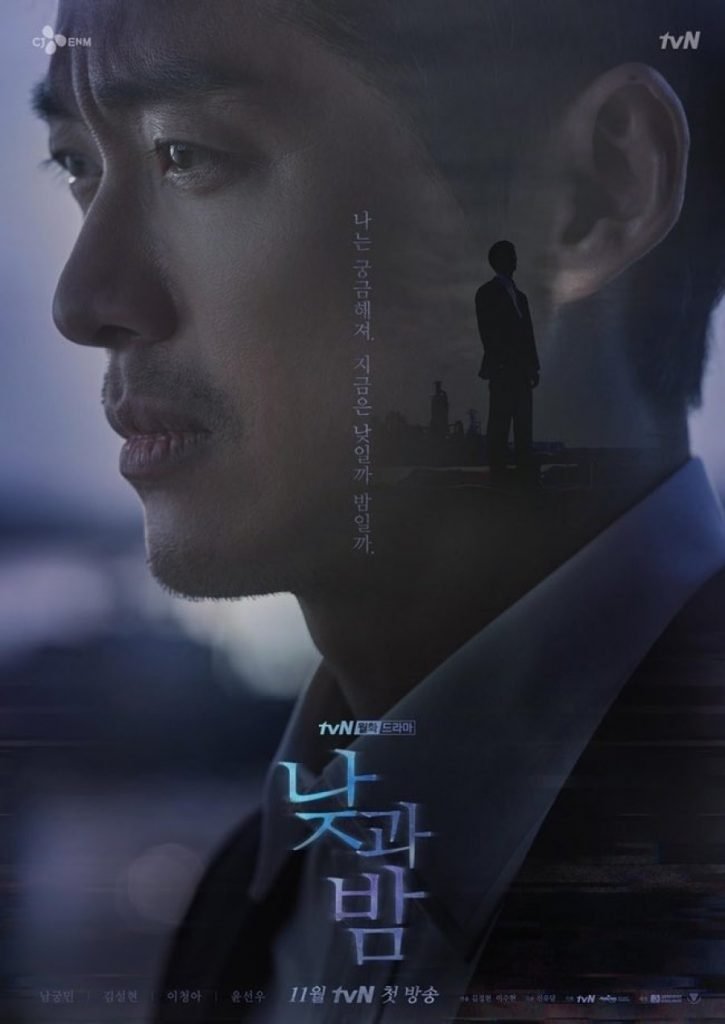 About a series of mysterious incidents that are connected to an incident that took place in a village 28 years ago. Do Jung Woo is a capable and legendary team leader of a special task force at the National Police Agency. He has messy hair, a constant slouch, and sucks on a lollipop all day like a kid, but he has a mysterious secret behind his sly exterior.

Gong Hye Won is a passionate police officer who does not let anything get in her way. Behind her pretty face is a hot temper that won’t cool down unless she says what she needs to say. She is one of the strongest and best fighters on her team and can drink the others under the table, but she also has a surprisingly clumsy side. Jamie is a detective on loan from the FBI. She was adopted as a child with almost no memories of her life before, but she returns to Korea to solve the serial killer case that is related to those lost memories from 28 years ago. 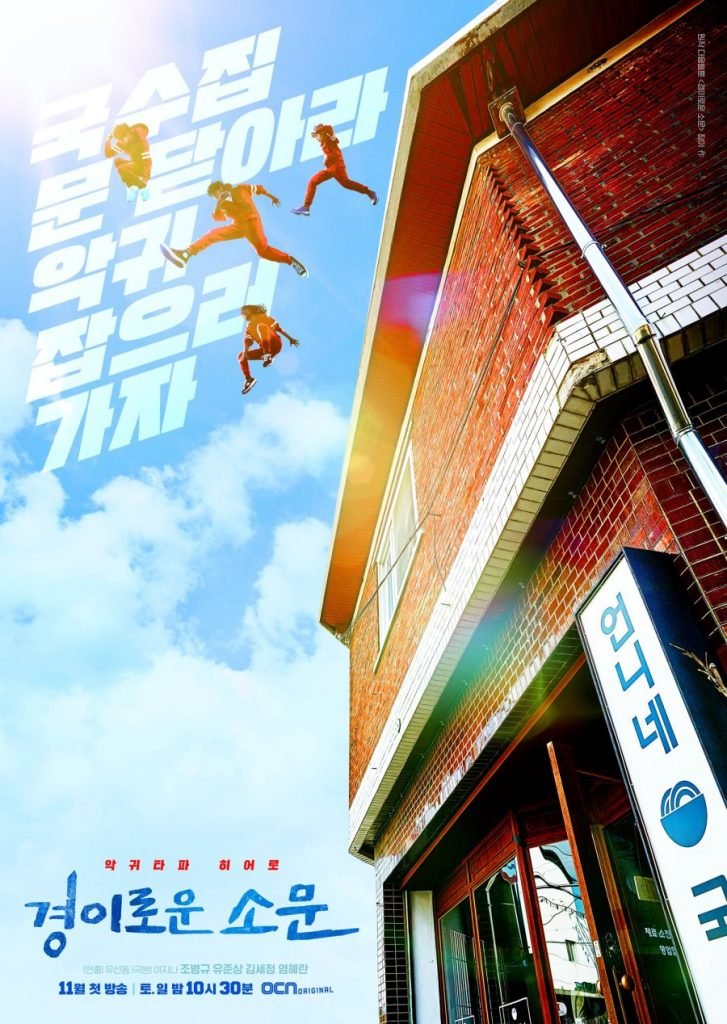 Tells the story of demon hunters called Counters who come to earth under the guise of being employees at a noodle restaurant in order to capture evil spirits that have returned to earth in pursuit of eternal life. So Moon is the youngest of the Counters. After suffering from a mysterious car accident as a child, he eventually becomes a central figure among the Counters. Do Ha Na has the ability to sense the locations of evil spirits, even those that are hundreds of kilometers away. She can also read memories of others through touch and works with So Moon to do away with evil spirits. Ga Mo Tak is a Counter with incredible strength. He’s a former police officer who lost his memory seven years ago after an accident and is unable to stand idle in the face of injustice. Ga Mo Tak is also So Moon’s mentor. Chu Mae Ok is a Counter with healing abilities. Outwardly, she’s the chef of the noodle restaurant, but among the Counters, she is the emotional pillar of the group. Choi Jang Mool is the oldest Counter. He’s in charge of all of the Counters’ expenses, and he is a living legend among the Counters in Korea. 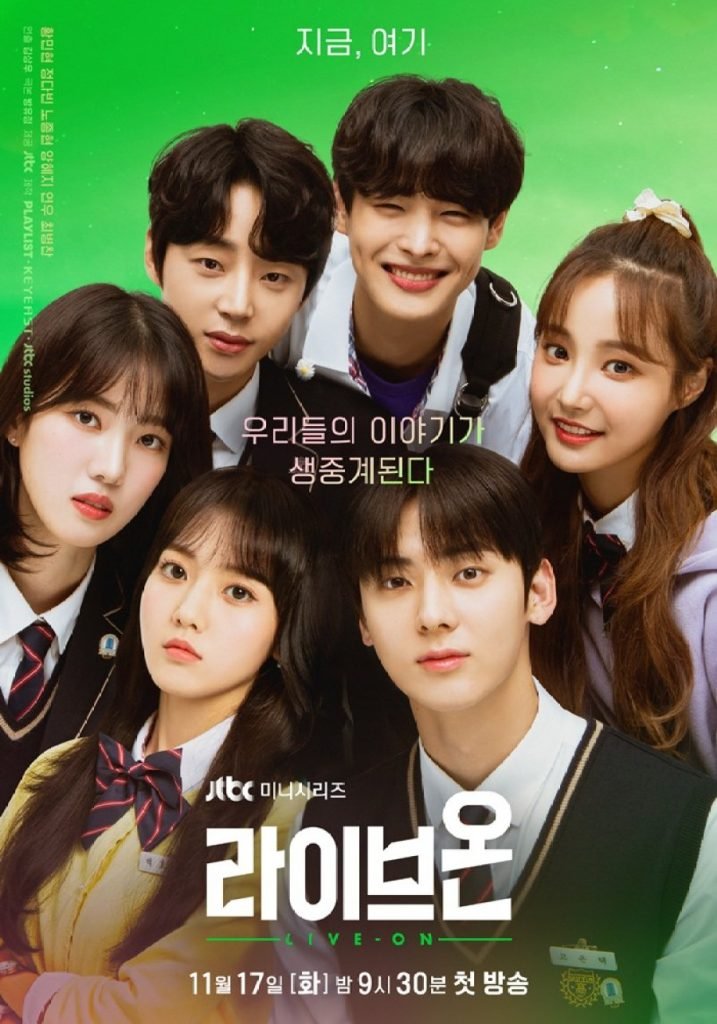 Live On” is set to be a romance story that follows the lives of Baek Ho Rang, who is at the top of food chain at her high school where being trendy and popular brings higher social status, and Go Eun Taek, a perfectionist who is the head of the broadcasting club. Baek Ho Rang joins the broadcasting club in order get help from Go Eun Taek in uncovering the identity of a mysterious figure who is trying to bring to light parts of her past she wants to keep hidden.

Baek Ho Rang immediately shot up to social media star status because of her beautiful looks and is one of the most popular girls at Seo Hyun High School. Despite being at the top of the social pyramid, she only has one true friend as she believes she is the center of the universe and looks down on others. Meanwhile, Go Eun Taek is in charge of the school’s broadcasting club and is someone who is sensitive, detail-oriented, can sometimes be irritable, and plans everything out perfectly.

Though he is strict and inflexible when it comes to his leadership, he never shies away from any task that is given to him and is loved by his fellow students. Alongside them is Do Woo Jae, who helps keep things orderly at the school and is close friends with Go Eun Taek as they both share an appreciation for putting logic and rationality above all else. Ji So Hyun, the deputy head of the broadcasting club and a hardworking student with impressive grades. Kang Jae Yi is Do Woo Jae’s girlfriend who showers him with love, while Byungchan will play Kim Yoo Shin, a Beagle-like, ingenious guy. 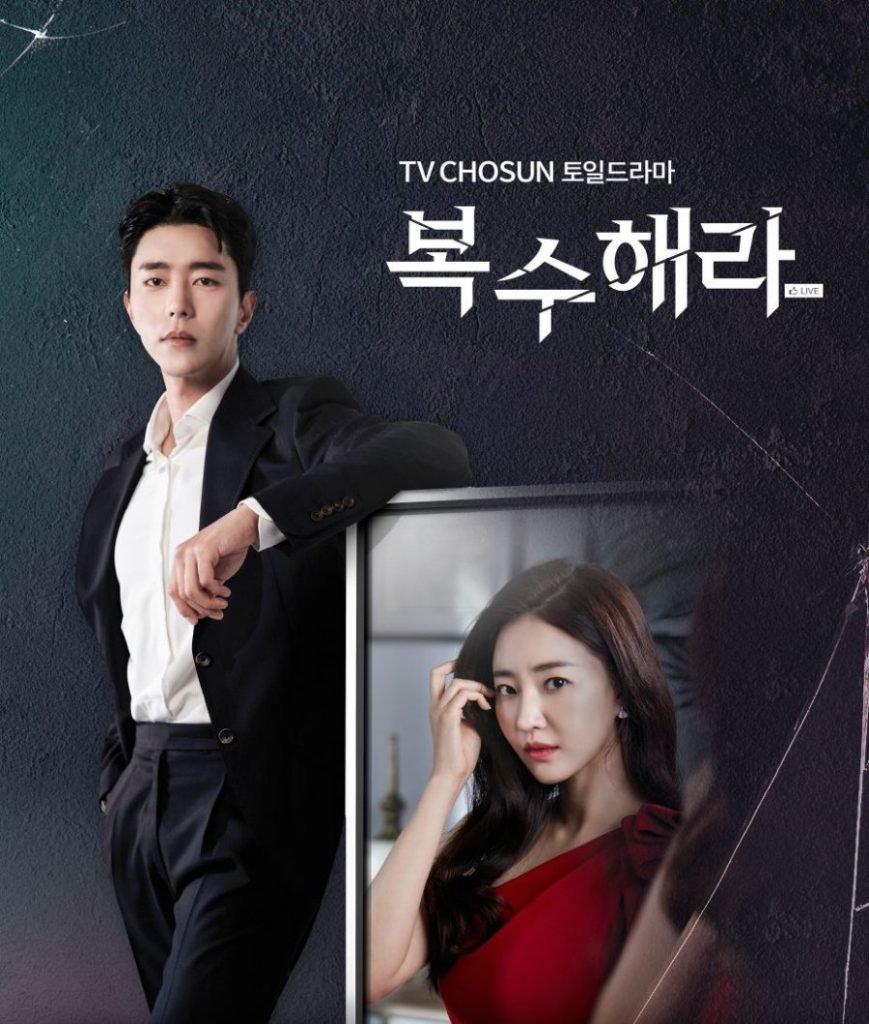 A “mystery social revenge drama” in which Kang Hae Ra is given the opportunity to get her revenge and fight against powerful people in society.

Kang Hae Ra, who went from a reporter to one of Korea’s hottest influencers after marrying a public figure. She had to be the head of her household from a young age and grew up to be a role model for reports, but a false scandal had her plummeting to the bottom. Since then, she has wanted to get revenge, and she finally gets the chance.

Cha Min Joon is a cold lawyer who has a 100 percent success rate. After a plot throws his entire family into ruin, he focuses his talents and brains into nothing but success and revenge.

Kim Tae On is the only heir to the FB Group who will stop at nothing to inherit the company. She was born into wealth and has always gotten her way in life, but a moment’s mistake and the appearance of an unexpected person begins to show her strong but cruel side. Kim Sang Gu is her father, who doesn’t feel affection towards his only daughter and thinks of nothing but growing his company.

Ku Eun Hye took over her father’s detective agency. She is quick on her feet and will chase leads down till the end, putting everything into her work in order to get the job done. 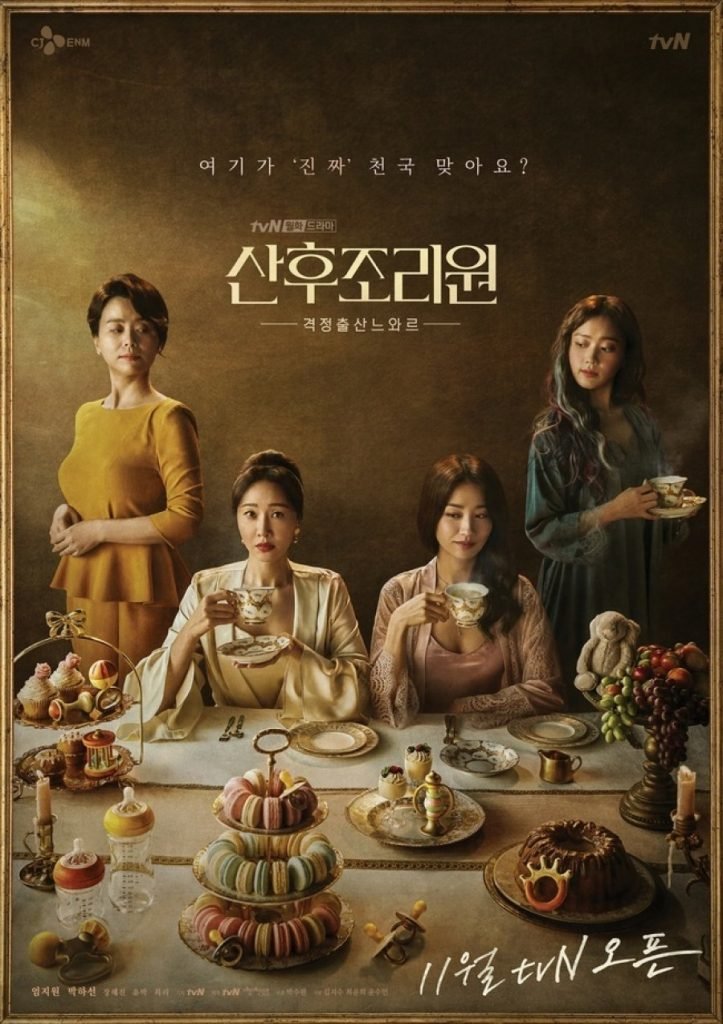 Oh Hyun Jin has had a glittering career in her work life. She is the youngest member on the board of executives at the company she works at and is used to acing everything she does. But when she delivers her first child, she is in for a shock. Giving birth was far more difficult than she had expected, and she quickly discovers that although she is a dab hand at all things work-related, she hasn’t got the first clue about how to bring up a baby. After being discharged from hospital, she heads to a birth care center – an exclusive establishment where even A-list stars come to get postpartum care. She is dismayed to realize that she is the oldest mother in the center and embarrassed to notice that everyone else seems to know what they are doing when it comes to looking after babies

Fortunately, the other mothers at the center prove inspirational. Among their number is Cho Eun Jung, aka the Queen Bee – a seemingly perfect mother whom everyone wants to befriend in order to learn childcare secrets. And Choi Hye Sook is the charismatic center manager – a veritable font of knowledge about all things childcare-related.

“Please Don’t Meet Him” is about a woman named Seo Ji Sung who wants to fall in love but also avoid the wrong men. In order to create the perfect love life, she creates an artificial intelligence (AI) program called Cho Sang Shin.

Seo Ji Sung is a programmer of the AI smart home appliance development team. One day, she accidentally develops an AI program called Cho Sang Shin, which will identify trashy humans, and she uses it to save people who are in difficult relationships.

Jung Kook Hee is a firefighter who doesn’t use social media. He is the one and only person that Cho Sang Shin is unable to analyze.