Perfume Episode 13-14 Recap. This week’s episode of Perfume shows that the story is actually developing nicely. Ye Rin is connecting with her daughter while pursuing her dream and experiencing love and consideration from persons she admires.

In episode 13-14 of Perfume, Ye Rin continues to fake her relationship with Min Suk while E-Do is obviously dying of jealousy. In episode 11-12, we had seen where Min Suk had confessed his feelings and had made it clear that he wants Ye Rin to be his real girlfriend.

Ye Rin who is flattered that her idol is professing his love doesn’t really share the same sentiments. Meantime E-Do is left feeling betrayed seeing that he had confessed to Ye Rin but in his eyes, she is more focused on Min Suk. E-Do doesn’t believe the two are actually dating hence he pumps her continuously about the nature of the relationship she has with Min Suk.

Furthermore, while E-Do is left frustrated by Ye Rin, we see where Ha Ji Na is annoyed and a bit jealous because he is acting out of character. According to Ha Ji Na, he has lost his arrogant confidence and is now a moron (LOL!)

In distrust of Ye Rin’s relationship with Min-suk, E-Do sends Mr. Park to investigate whether or not there may be something suspicious. Park who had no choice in the matter does as he is told, as he fears E-Do’s vicious pinches.

Further on in the episode,  we saw where Mr. Park was able to find out that Ye-Rin is actually in a contracted relationship with Min Suk. As we are aware she agreed to the contract because she was protecting Min Suk and Ha Ji Nah’s affair from going public.

At first, when E-Do heard this, he was glad to know it was a fake relationship and even wanted it to go public, but when he found that the married woman Min Suk was caught with was actually Ha Ji Na, he started to feel regretful.

As a result of Ye Rin’s intent to cover up the truth from being revealed, E-Do saw her in a different light.

This decision that Ye Rin made showed us that she’s growing as a character and it shows her level of selflessness. 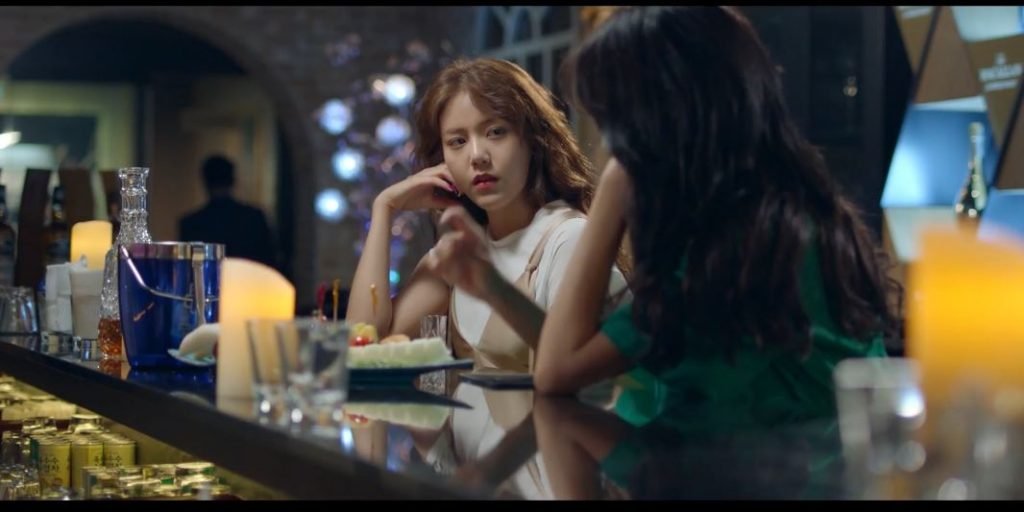 In episode 11-12, Mi-Yoo had forced herself on E-Do by adding alcohol to his drink which made him unconscious. Ha Ji Nah later found out about this and eliminated her from the competition.

In this scene, we saw how desperate Mi-Yoo was when she shamelessly begged Ha Ji Nah for another.

Also, Ye Rin found out about Ha Ji Nah’s attempted suicide and decide to visit her. Basically, Ye Rin related to her by sharing her experience as well. By doing this, Ye Rin hopes, that the person who gave her a second chance at life might see her gratefulness.

Sadly, I must say, this scene showed us the reality of a lot of persons in the Korean entertainment industry.

Tae Joon who has been bothered by the fact that the model at his daughter’s agency resembles the younger version of his wife decides to pay her a visit. When Ye Rin saw Tae-Joon she was startled at first, then she remembered her daughter telling her that he slapped her; this made her angry instantly.

In trying to qualify for World Fashion week, YeRin was put to the task to show that she was one of the top models. However, she struggled a lot with her walk which made her fall to the bottom of the contestants.

Min Suk, who has been trying really hard to win Ye Rin’s love, decides to use his fame to help her out. 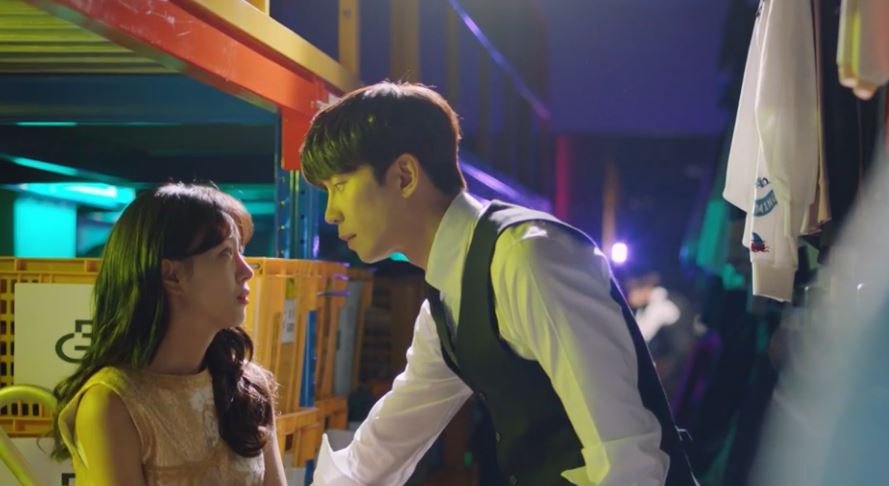 In finding out that Ye Rin was performing badly, E-Do decided to help Ye Rin out, but not in the way Min Suk had tried. He also believes in working for what you want, hence with some tough love he made her know that she’ll be eliminated if she doesn’t improve. And like a good teacher, he went through the ropes and showed her what she needed to do.

E-do enlighted her that to be a good model you must exert confidence in the clothes you wear.

Ye Rin explained to E-Do that the reason she’s like this is that in her past life she didn’t have much appreciation for clothes, as she saw it as a tool to hide her insecurities and imperfections.

E-Do then tells her of her true worth, by letting her know how important she is to him.

It was then YeRin regained her confidence. This scene further reveals to us, the sweet sincere person E-Do is. Also, Ye Rin still has not figured out that she is E-Do’s first love and not Ha Ji Nah.

This scene also reveals to us, the sweet sincere person E-Do is.

In the final scene of episode 13-14, we saw the first time Min-hee came in contact with E-Do.

Both E-Do and Ye Rin’s husband followed her to a clothing store when she went to change herself to meet her daughter and celebrate their victory.

Unexpectedly, in her original body, she got in a confrontation with her husband who believes that something is definitely suspicious. It was then E-Do appeared on the screen and left Ye-Rin surprised.

I’m not sure if you all notice but, Min Hee appears to be losing weight. I predict that before her perfume runs out in 6 months she will somewhat slim down and return to the figure she always wanted.

To see all the upcoming dramas for July 2019, click here.