Perfume Episode Episode 29-30 Recap. Today’s episode continued with E-Do witnessing Min Ye Rin’s transformation to Min Jae Hee’s, throughout the episode he makes the effort to accept the weirdness before his eyes. With the last episode tomorrow, it’s evident where the writers are tying everything together in order to wrap up with a bang.

This recap will focus on the highlights of this episode. Also to see the recaps of episode 27-28, click here.

After seeing Ye Rin’s transformation to Jae Hee, E-Do was left in confusion. This experience for him was very traumatic. He even tried to reason the possibility of it being real which later led him to believing he was crazy and deluded.

As the episode went on, we saw where he finally came to terms with what he had witnessed and Jae Hee who was left worried admitted to E-Do her mysterious truth.
E-Do now realizing that the heartache he went through was caused by the same person left him feeling unsettled and betrayed. Further on we will see that it was his undying love that brought him to forgive Ye Rin/Min Jae Hee for lying and deceiving him.

It was this love and compassion that inspired him to change the theme and his designs of World Fashion Week, to include women that are regularly excluded because of  not having the ‘ideal body type’.

Furthermore after learning that Ye Rin will die after the perfume is all used up, he does everything in his power to find a solution so that she can live.

When comparing the E-Do from episode 1 to now, I can definitely say he has grown tremendously by overcoming a lot of his phobias and also has become more open-minded and more courageous in acknowledging and professing his feelings. 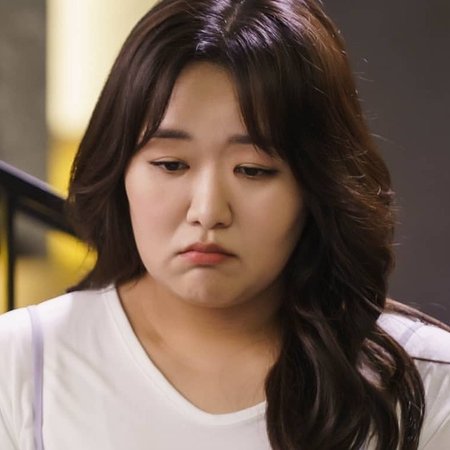 Jae Hee lost her perfume after being kidnapped by Tae Joon. Since the start of this episode she has been discouraged due to her secret getting found out and her unable to change back into Ye Rin.

The entire time, she was worried about E-Do’s well-being and if he was going through a breakdown due to finding out the truth.
Moreover, with her time running out she was sorry that she wasn’t able to complete her dream at World Fashion Week and also that she had hurt the man she loved.
All the confidence that had been built up over previous episodes came shattering down when she was left without her mysterious perfume. Hence her only resolution was to run away.

However, after seeing that E-Do needed her back, she ran to him knowing that she may never change back to Ye Rin.
Thankfully Mr. Park had found the perfume, however, sadly it was almost finished hence she had to use sparsely.

By seeing how much E-Do loved and appreciated her despite the body she was in, it made her somewhat relaxed around him.

Min Jae Hee Gets a Divorce

With the belief that her time will soon be up, Jae Hee is making the necessary adjustments in her life. In this episode, she bravely went to Tae Joon and demanded that he signed the papers and also revealed to him that she will die soon.
In disbelief, he simply shrugged off her confession. Jae Hee, however, told him that she needed the divorce to take place before she leaves as, she didn’t want to be associated with him even as a dead person.

This truth really hit him hard. It was then he saw how much his soon to be ex-wife had despised him. He later signed the paper.
Tae Joon’s actions over the past episodes have shown how despicable he is both as a father and a husband. 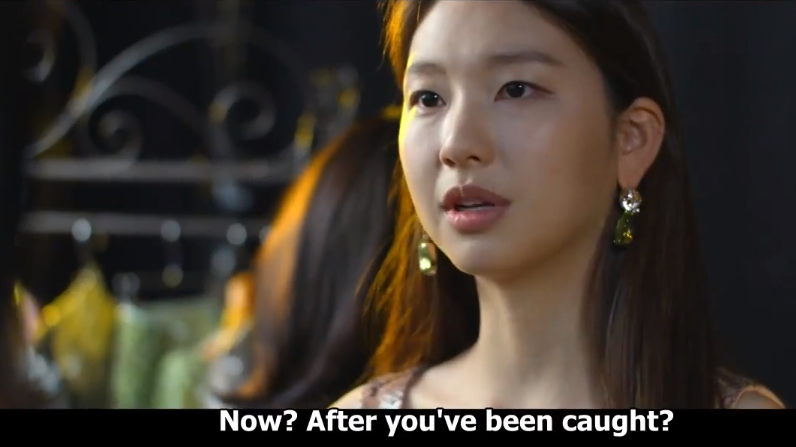 While all of this is taking place, Jin Kyung is still trying to figure out and come to terms with what she had witnessed. She was one of the closest persons to both Ye Rin and Min Hee and after the truth was revealed she was left feeling betrayed and tricked.

She loves her mom so much and she had grown to love and appreciate Ye Rin as a friend. Her heart was broken after being lied to.
Furthermore, although she felt betrayed she did all she could to stop her friend from revealing the video of Ye Rin to the world.

Jin Kyung is quite mature for her age. In the previous episodes, she even encouraged her mom to get a divorce since she was unhappy. Jin Kyung is not only an understanding daughter but she has been a great friend to Ye Rin.

This episode revealed a major plot twist, that most of us did not see coming.
Towards the end of this episode, Jae Hee had become weak and collapsed. While sitting by her bedside and staring at the red rock inside the perfume bottle, E-Do had a flashback.
In this flashback, we see where as a boy he had found a red rock that looked similar to one inside the perfume bottle that belonged to Ye Rin.

He then remembered taking this rock to a Miracle Perfume Workshop and had the rock made inside a bottle of perfume that reminded him of his love. Shockingly the person that made the perfume for E-Do was the same man that had delivered the package in episode 1 and had saved Jae Hee from killing herself. This will most likely be the solution to Ye Rin/Jae Hee’s problem in the coming episode.

I must say that this plot twist seems a bit last-minute and was thrown in to patch up the ill story writing. Anyways, the preview for the next episode looks promising. Let’s see how everything works out tomorrow.