Rookie Historian Go Hae Ryung Episode 9-10 Recap. I thoroughly enjoyed this episode, Prince Dowan and Hae Ryung are growing closer together and as she faces discrimination in the palace, he tries to console her. In this episode,  we also see that there are several other underlying issues present in Joseon’s government system. Let’s get into the recaps, also to see the recaps of episode 7-8, click here.

Prince Dowan Ordered to Stop Following the Story of Hodam 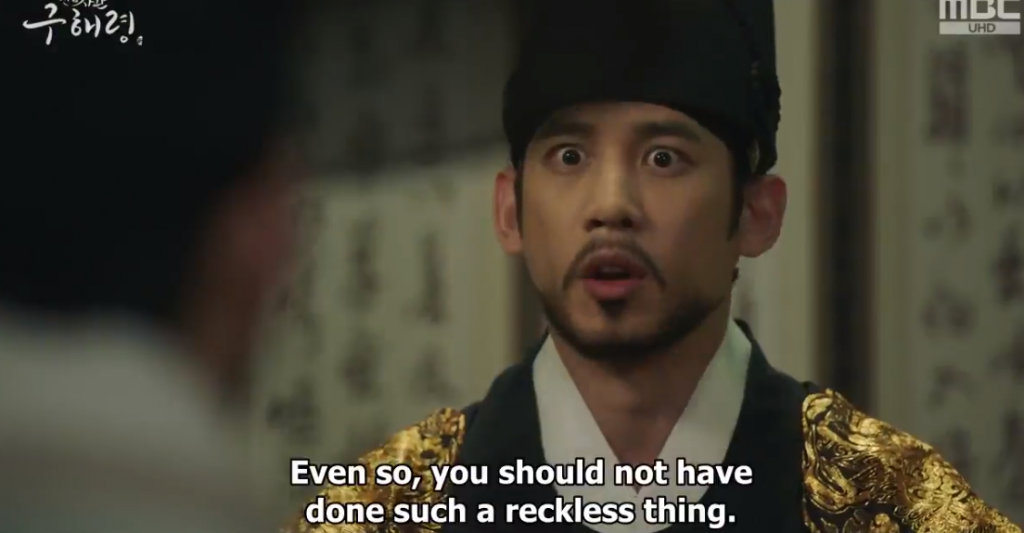 Last week’s episode ended with Prince Dowan being confronted by a swordsman and later revealing his true identity. Go Hae Ryung who witnessed what had taken place was later able to rescue the Prince who had fainted and brought him to be treated by a physician.

After regaining consciousness, Prince Dowan ran to the Crown Prince with what he had found out and hoped his brother would help him dig further into the story of Hodam. The Crown Prince worried about his safety ordered to him refrain from following Hodam’s story as it may be dangerous.

Further on in this episode, we learned that the skilled doctor who also appears to be a mysterious fighter, is actually working with the Queen Dowager to reveal the details of what led to Hodam’s death.

Additionally, it was revealed, that Goo Hae Ryung’s brother seems to have had a past relationship with this woman, as when they both crossed eyes in the palace he was appalled and even secretly visited her home afterwards.
Hence while the Second State Council Min is working hard to cover up Hodam’s death, we see where the Queen also has a team working hard on the outside, to reveal the truth. 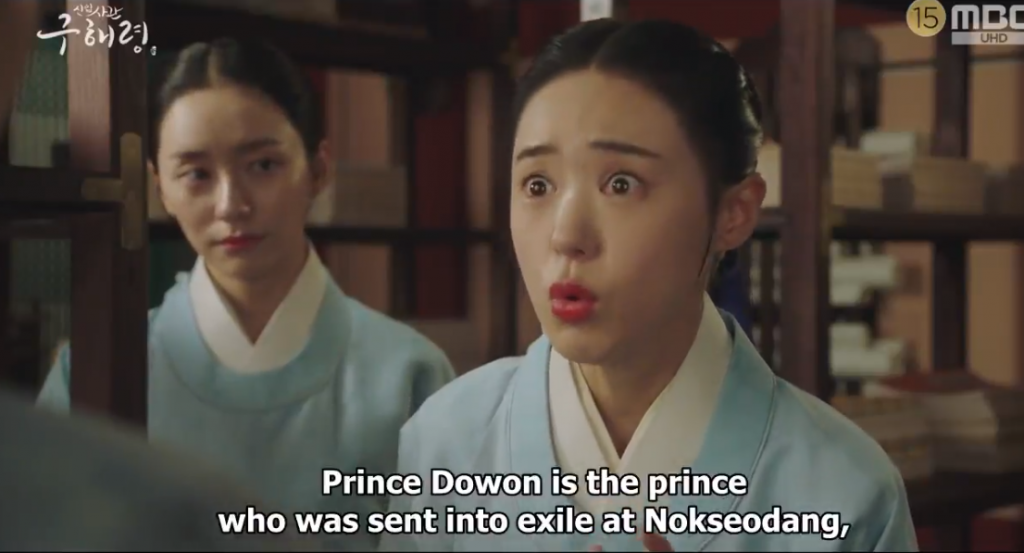 After finding out that Maehwa may actually be the prince, Goo Hae Ryung started to do her research to confirm her suspicions by looking through the palace’s Record of Appearance. However, when she did, Prince Dowan was the only person without a portrait.
It was then the other female historians revealed to her the various horror stories about Prince Dowan and the reason for being locked away in the palace.
She was told he was exiled to Nokseodang because he was a monster who neither resembled man nor animal. Another rumor was that he was born a lunatic hence the King had to lock him away.

Goo Hae Ryung who is well aware of the absurdity of these stories reassured the ladies that the Prince was actually very handsome. In that moment, we could see where she had his back.

SIDE NOTE: We are all aware that these rumors aren’t true, but why exactly is Prince Dowan locked away in Nokseodang and why isn’t anyone allowed to enter other than his house workers?

The Female Historians Sent to The Inner Palace 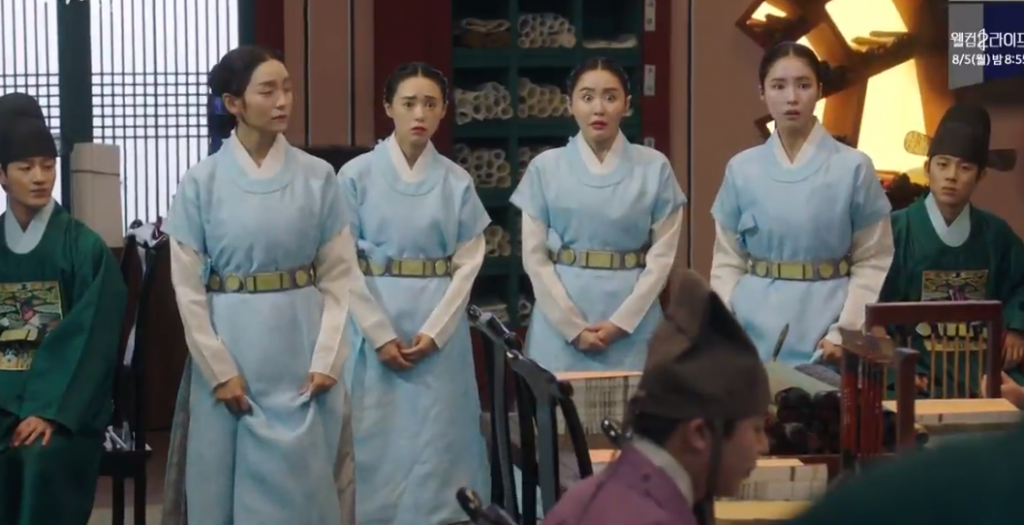 The Female Historians were requested to be sent to the inner palace to observe and record on the daily occurrences that take place. At first the male historians thought this was uncalled for but Officer Min thought it was a good idea.
The women were split up, and Goo Hae Ryung got sent to Prince Dowan. At first, it was awkward between the two as it was the first time she was meeting him since finding out his true identity.

The Prince wanted to appear cool and calm and Hae Ryung wanted to appear professional and hard at work. At the end of their session, the Prince approached her before she could leave and thanked her for helping him and also apologized about hiding his true identity.

Goo Hae Ryung acknowledged his apology and said she wanted them to be friends.

After returning to their station the ladies were scolded for their notes that appeared insufficient and unprofessional.

The Crown Prince, Prince Dowan and Hae-Ryung Enjoy A Game of Archery 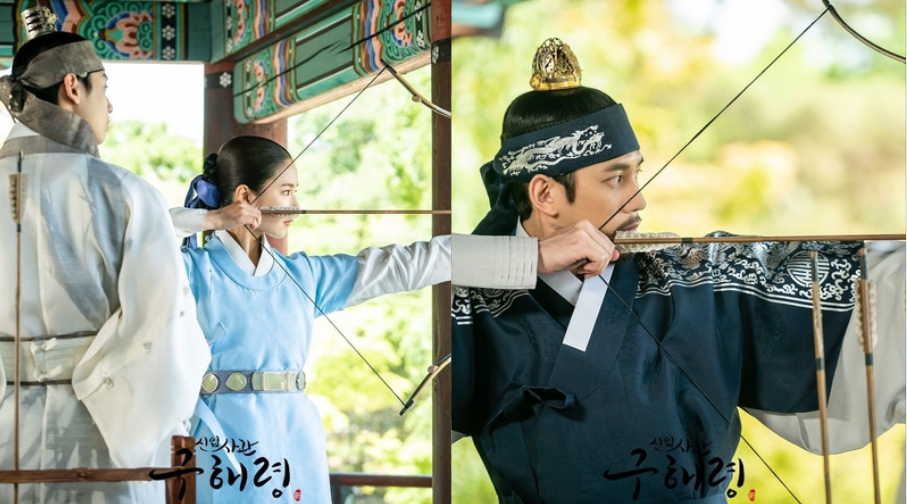 After being sent to record the Crown Prince’s daily event Goo Hae Ryung and Eun Im were invited to a game of archery with the Crown Prince and Prince Dowan.
Prince Dowan was put to the test and tried to impress Hae Ryung but hilariously failed. Embarrassed, he then challenged Hae-Ryung and with her skill, she was able to hit the bull’s eye.
Everyone had a good laugh at the Prince who later blamed the bow for his failed attempt to hit the bull’s eye.

Stipend Corruption Within the Palace 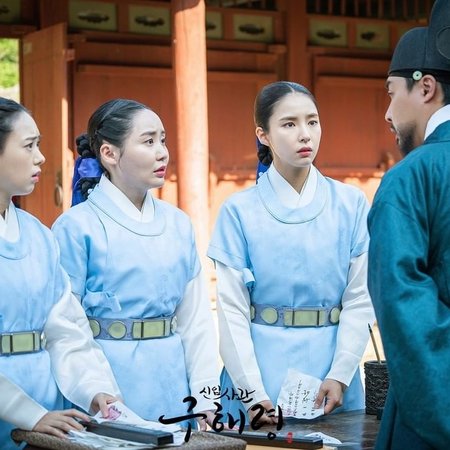 Goo Hae Ryung and the other female historians in this episode were pretty excited to get paid after finishing a month’s worth of work. However, they were met by the sad reality of the corruptness that exists in the palace.

As the women stood by in hope that they would be getting paid they witnessed favoritism and the irregularity of the government system.
As a result of this, Goo Hae Ryung decided to write a detailed petition of what she had witnessed. This however made the men that have been benefiting from this system really upset. When they found out what she had done, she was harshly confronted and disrespected because of her actions.

This scene was really emotional for me to watch, but it is the reality of what has been taking place in many countries for a very long time. She was belittled and classed as ‘just a woman’ just because she wanted justice for herself and many others like her.

The unrelenting disrespect she received certainly dwelled upon her. When she went to her session with Prince Dowan, he could see that she was not her usual self. Hence he tried to find out what was wrong, Hae-Ryung then broke down in tears.

Prince Dowan could feel her pain even though he was not aware of what had taken place. He then comforted her by telling her she could cry as much as she wanted. While Hae-Ryung sobbed, Prince Dowan also cried.

This episode has taught me some life lessons, that even the strongest women at times needs to have a good bawl to release all the frustrations that are bottled inside.  Great job to Shin Se-Kyung for executing that scene very well and for making me cry.

The preview for tomorrow’s episode looks quite interesting, I love forward to recapping it in details.

You can watch episode 9-10 by clicking here. Also to see the upcoming dramas of August 2019, click here.