This recap will highlight the main points of episode 3-4. To see the recap of episode 1-2, click here.

In an attempt to prevent the story of Ho dam from spreading to the public, the king with the advice of Ik Pyung from the Second State Council instructed the ban of many popular books including Maehwa’s.

As a result of this, Goo Hae Ryung had to flee the scene of Maehwa’s book signing after meeting the real Maehwa. Maehwa, on the other hand, was arrested and later released after his house worker took the fall and admitted that he was Maehwa.

Additionally, I think Goo Hae Ryung’s brother may be the writer for the book The Story of Ho-dam, hence the reason for rushing her marriage as he may not be around much longer to protect her. 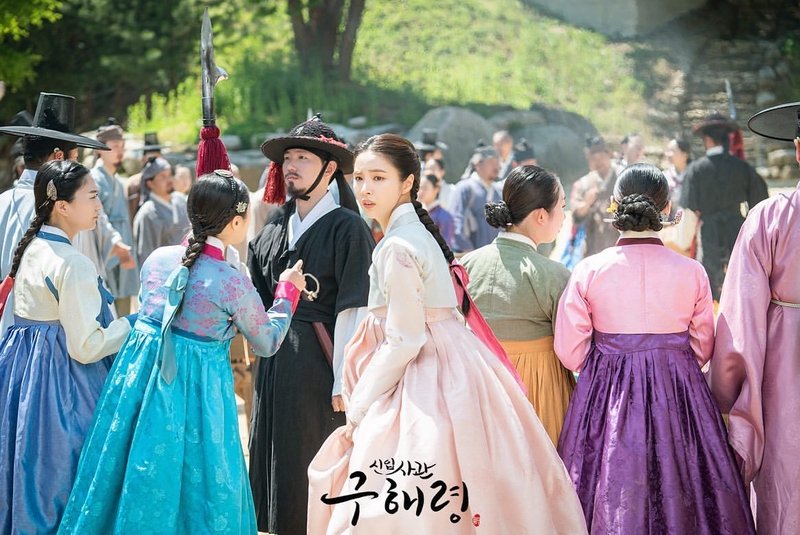 Goo Hae Ryung is a very strong character, in the previous recaps I mentioned that she doesn’t succumb to the ideals of her society, she believes that the King and his advisers can be wrong at times whereby their decisions are not beneficial to the public. She is confident in her beliefs and is not afraid to pursue her dreams.
I strongly believe it is this quality that she will use to make a change in her society.

Also with the newly implemented law to allow women to take the exam and become a historian, she will definitely be apart of this and will influence major change.

I also believe the queen will  rise as another influential woman and avenge the former King that was slaughtered by the current King.

Additionally, so far based on the writing it is clear who Rae-Hyung will fall in love with. With this particular aspect of the story, we can admit that it isn’t much different from other historical dramas.
While the viewers might believe that the crown prince or the head historian may be the perfect match for her, the writers believe differently.
As the drama goes on, things will become more interesting and I can’t wait for that.

Let’s see what will unfolded in next week’s episodes.

You can watch episode 3-4 here.