Rookie Historian Goo Hae Ryung Episode 5-6 Recap. This episode was really interesting, it mostly focused on the women taking the historian exams and the hardships that transpired after. Also, we discovered in this episode that Prince Ye-Rim may be the one to find out the details of  Ho-dam’s death.

Let’s get into the highlights of this episode, also to see the recaps of episode 3-4, click here. 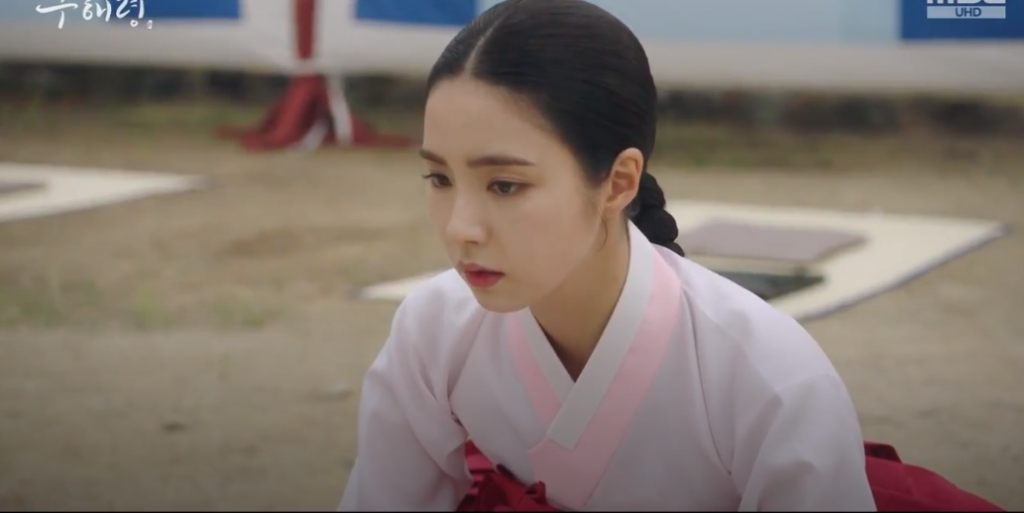 At the start of this episode, it was revealed that Hae-Ryung had begged her to-be-husband to call off the wedding. She had explained to him that she doesn’t want to live her life as a naive and noblewoman. Thankfully he understood her point of view and later granted her wish.

After this, Hae-Ryung made her way to the palace to take the historian examinations for women. Her and several other noblewomen gathered to take the exam. This scene revealed that even then so long ago people cheated on exams as some of the ladies were given notes to assist them.

The Essence of the Exam Question:

The people in Hae-Ryung’s society saw the solar eclipse as a form of punishment for their shortcomings and wrongdoings; hence they normally part-take in rituals to pay for their misdeeds and hope that with mercy the heavens would prevent the solar eclipse from occurring.

The question on the exam was centered on what the King could do to prevent the solar eclipse. Hae- Ryung’s approach to this question was very practical that considered strong reasonings.

Unlike the other females that took the exam, her answer was blunt whereby she corrected the falseness of the question and stated the fact that the King does not have control over the solar eclipse as it is all above them. She also noted in her answer that people tend to fear what they do not understand.

It was this answer that caught the attention of the male historians and later the Crown Prince. While impressed by her blunt approach the Crown Prince also let her know it can get her into trouble. He later admitted to the falseness of the question and advised her that the rituals for the solar eclipse are used as a technique to give the people peace of mind from poverty and harsh living.

She and 3 other women were successful in passing the exam, one of which was Song Sa Hee, the daughter of a high ranking officer.

The Female Historians Face a Hard Time In The Palace

After passing the exam, the women were quite happy and excited to take on the title of female historians even though they were on a probational period.  Little did they know that the male historians would not be very welcoming.
To show their nonacceptance, the men  called them clerks and made it clear that they were not real historians. They were given menial tasks, some of which a house servant would normally do.
The women grew tired of it and decided to challenged the men, as they came to the realization that the reason for their ill-treatment was because they did not go through the process of hazing. 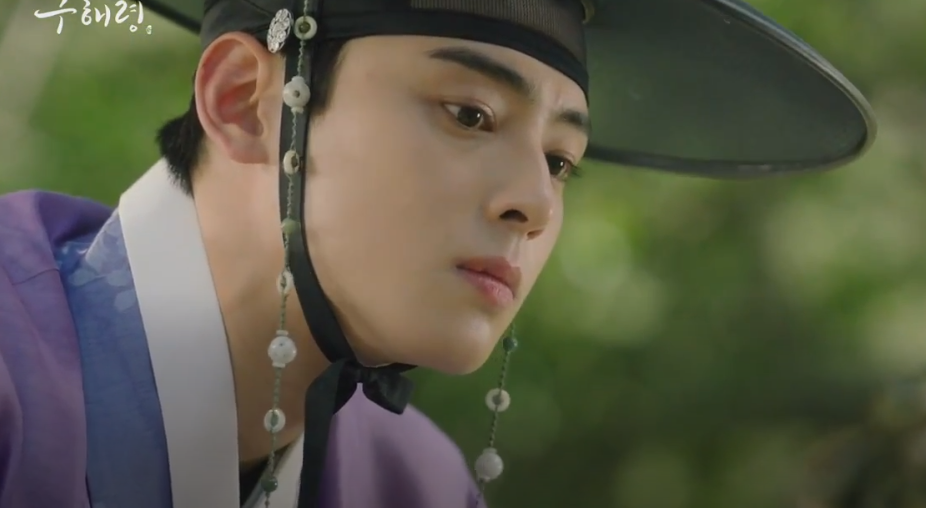 While all of this was taking place, Prince Ye-Rim got a pass from the Crown Prince, which meant he could now leave the Palace. He got the chance to go to the Royal Villa. At the Villa he came upon a tombstone that had Hodam’s name on it.
In staying at the villa, strange things kept on happening such as he heard voices and even had a dream of being in the King’s clothing with blood on his hand. When he asked his manservant if he was seeing the same things as him, he was told that he needed rest.
It appears Ho-dam’s spirit is trying to speak to Prince Ye-Rim of what happened to him.
The entirety of this episode was mostly focused on the female historians, as the drama goes on we’ll get to see more of Prince Ye-Rim and him following of his suspicions on what he had seen at the Royal Villa.

Go-Hae Ryung and The Other Female Historians Stand Up

Tired of the mistreatment by the male historians, we see where the four women commanded them to meet up so that they could get the hazing over with.
Unaware of what they would go through the women were shocked when they were challenged to part take in heavy drinking.
Go-Hae Ryung took them up on their challenge by taking turns with drinking a big container of liquor.
Officer Min Woo Won who knows that Ha-Ryung was a strong and confident woman was impressed when he saw her stood up to the challenge. In the end, the ladies were the last standing.

This episode ended with Hae-Ryung coming to the palace late and was told she could not enter past 7 am. She later found another entrance to get inside, little did she know it was Maewha’s dwellings she had entered.

The next episode looks interesting, I look forward to recapping it. To see the recaps of episode 3-4, click here.

You can watch episode 5-6 here.