Rookie Historian Goo Hae Ryung Episode 7-8 Recap. In this episode, we got to see more of Hae-Ryung and Prince Do-wan and also the hardships the female historians continue to face within the palace.

Let’s get into the highlights of this episode, also to see the recaps of episode 5-6, click here.

Prince Do-wan Tries to Hide His Identity From Hae-Ryung 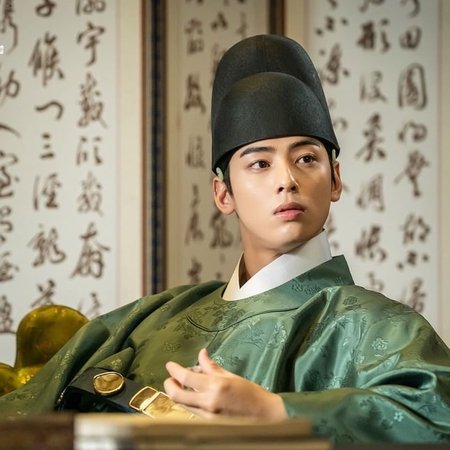 This episode continued with Prince Do-wan catching Goo Hae-Ryung hiding in Nokseodang where he lives. After realizing that he was Maehwa Ha-Ryung was equally surprised as him. She tried to explain her reason for being there, but Prince Do-wan was still resentful as he believed she stood him up the night before. She later admitted that she did not receive a letter from him.

While they were talking, Mr. Heo suddenly appeared and realized that Go Hae Ryung was the woman that pretended to be Maehwa, he also remembered at the night of the book signing she revealed Maehwa’s identity to the public.

Knowing this, Mr. Heo pretended that Prince Do-wan wasn’t the actual prince, in an attempt to prevent Hae-Ryung from telling everyone of his true identity. 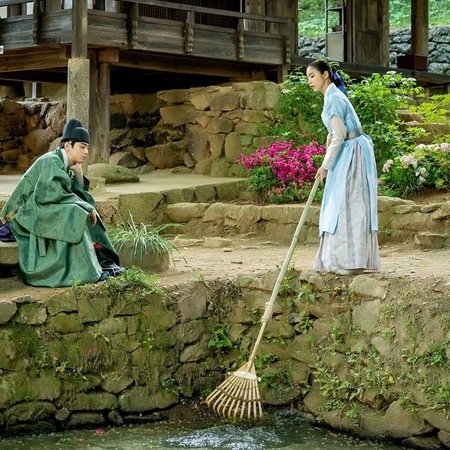 Further on in this episode, we saw where, with the excuse of punishing Hae-Ryung for entering his property, Prince Do-wan had her clean his dwellings. During this time the two got to know each other. Prince Do-wan pretended to be a eunuch and Hae-Ryung later mocked him and said she understood why he loves romantic novels, as eunuchs aren’t able to experience true romance.

SIDE NOTE: I know the writers have destined Hae-Ryung to fall in love with the young prince, however after watching each episode, I’m convinced that the strength of her character would fit better with either the Crown Prince or Officer Min.

Mr. Min Tries To Erase all Trace of Ho-dam 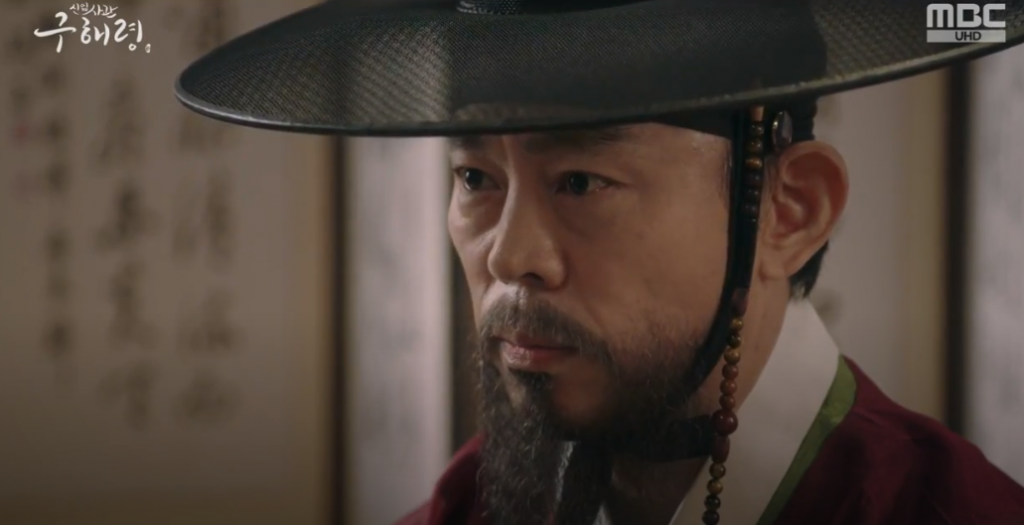 To prevent word from getting out about Ho-dam’s death, we’ve seen where Mr. Min had influenced the forming of the Office of Banned Books in the previous episodes. In this episode, he instructed the killing of several men who were worked on printing The Story of Ho-dam

He’s of the belief that the Queen Dowager is the one behind the making of the book, hence he offers the position of Third Inspector to Jae Kyung ( Hae-Ryung’s brother) so that the Queen can be closely monitored and that the book can become non-existent.

SIDE NOTE: I strongly believe that the person behind the book is actually Jae Kyung, his facial expressions always appear uncomfortable when the Story of Ho-dam is brought up. 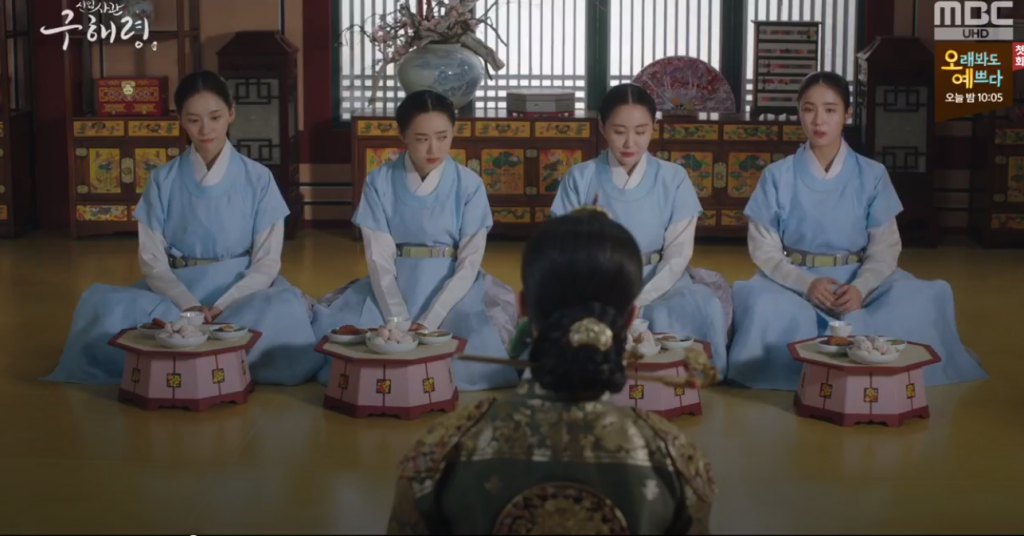 This moment was very enjoyable, seeing the ladies meet the queen symbolized a sense of girl-power. She was not at all intimating, she even welcomed their honesty and later explained to them that she has been in the palace for over 50 years, therefore she understands the hardships that they are going through as women.
The women were humbled at how welcoming and sincere the Queen Dowager was. 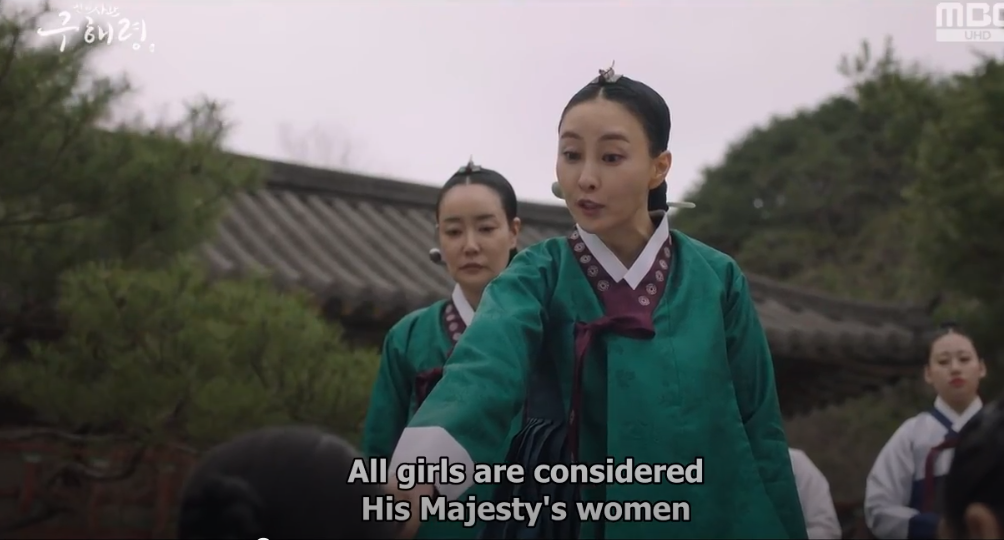 Sadly after the meeting with the Queen, the girls were attacked by a group of court ladies, who wanted to let them know that they should abide by the rules of the palace, as they are simply women. Despite taking the historian exams, they were told their status still remained the same and were disrespected and belittled by the court ladies.

The Female Historians Sit-In At The Royal Meeting 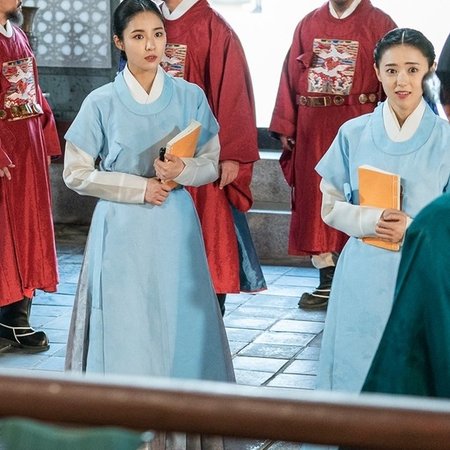 To make up for the ordeal that the ladies experienced with the court ladies, we see where Officer Min volunteered to teach the women all the necessary details of the palace. Due to this, they were requested to sit in at a meeting with the other officials,  that were all male. The court officials disapproved of this and wanted them to be removed however their request was ignored by Officer Min.
The women were able to see the hard issues that the court deals with on a daily basis, they also saw how confident and strong-willed the Crown Prince was when defending the rights of the poor. 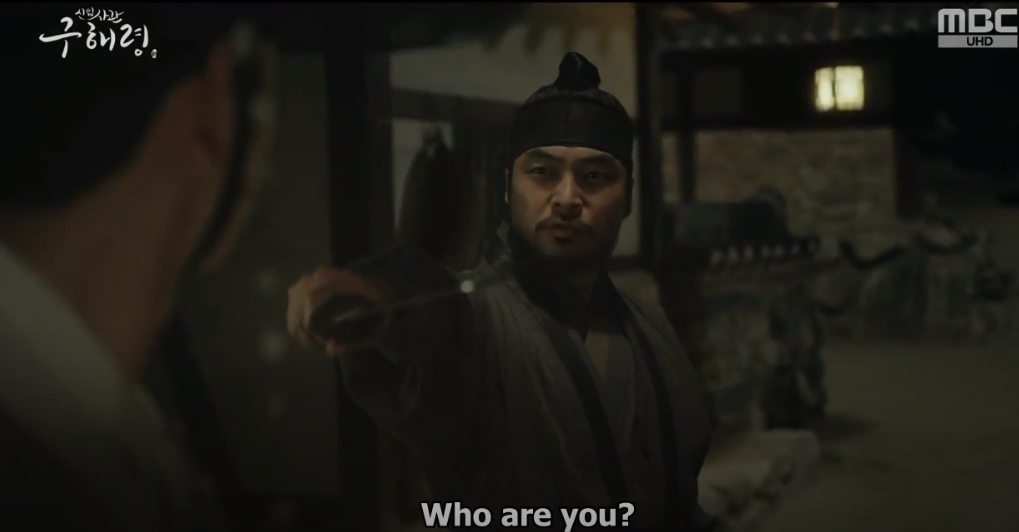 The Prince overheard his brother discussing the incident that had taken place with the men at the printing shop being murdered. It was then he remembered what he had seen at the Royal Villa and decided to check things out for himself. Hence, he followed the man that was sent by Mr.Min to get rid of the remaining survivor.

The killer, however, realized he was being followed and raised his sword at the Prince. He demanded who he was and the Prince later revealed his name. While this was happening, Hae-Ryung had witnessed the Prince admitting to his true identity.

Also we see where, a new character was revealed in this episode, she seems to have information on Ho-dam’s death as she had the tombstone Prince Do-wan had seen at the Royal Villa.

A lot more will be unfolded in the next episode. Stay tuned to drama obsess for more recaps.

To see the recap of episode 5-6 click here. You can watch episode 7-8 here.