Search: WWW Episode 11 Recap. This episode explored further development of the characters and their complicated lives.

Ta Mi showing her jealous side, is quite unusual for her, seeing that she acts stern most of the time. In this episode, Park Morgan had informed her that he was meeting up with friends from high school, Ta Mi later bickered as she had hoped to spend time with him. She’s actually the cutest whenever she is jealous.

Also, a big reveal in this episode is the fact that Ta Mi’s friend Da In, the pianist has a huge crush on Park Morgan. At the start of episode 11, we saw where Ta Mi encouraged and ensured that she looked proper in meeting her first love, which turned out to be her boyfriend Morgan. 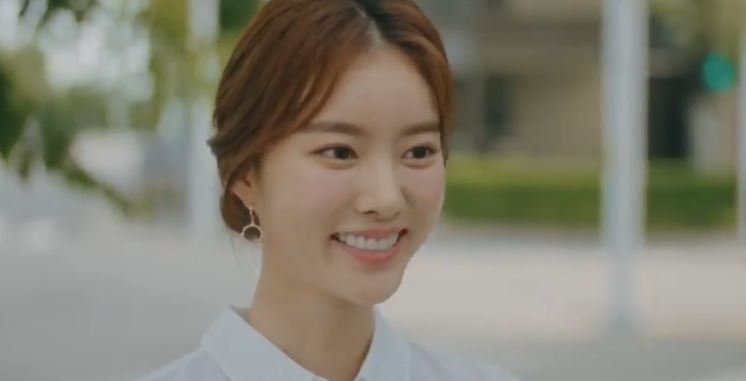 Based on the storyline, Da In seems to be the perfect match for Morgan- firstly they’re both into music, secondly, they both wish to marry and have kids, and thirdly they’ve known each other since high school.  Park Morgan, however, seems to only think of Da In as a friend, and plus he only has eyes for  Ta Mi.

Cha Hyeon and Ji Hwan are the cutest, somehow I prefer their relationship compared to the others. His innocent charms have stirred up her protective instinct, and her caring actions and hot temper have capture Ji Hwan’s heart.

They are obviously falling for each other however it appears that they trying to be cautious by labeling their relationship as a star-fan type of relationship. In episode 11, while helping Ji Hwan with his script, the two suddenly had a moment which caused Ji Hwan quickly to embrace Cha Hyeon, in fear that she may be hurt.

Despite their unusual, non-romantic marriage, these two certainly understand and care for each other.  In this episode, Jin Woo had a private investigator that was keeping a check on Ga Gyeong so that in the long run, if t he divorce doesn’t go smoothly she’ll have evidence to provide to the court.

This episode also revealed that Chairwoman Jang is willing to go to all extents to ensure that Ga Gyeong doesn’t get a divorce.

Since the last couple of episodes, he has defended and protected her from his mother and from her parents. In this episode, we saw where he made the effort to buy her flowers with the intention of celebrating their last anniversary.

Park Morgan Meets Up With His Birth Mom

n this episode, we the viewers see the first encounter with Morgan and his biological mother. He went to visit her and her at her school while she was teaching.

The meeting was at first good for him but he later ended up feeling sad after meeting up with her. He came to the realization that even though he and his adopted parents made the effort to find his birth mom she somehow isn’t proud of the fact that Morgan is her son.

He found out this by seeing that his name was saved as ‘Park Morgan, student’, while her other child was saved as ‘Son’. This really saddened him and brought up his insecurities about his past.

Cha Hyeon Sees Another Side of Ga Gyeong 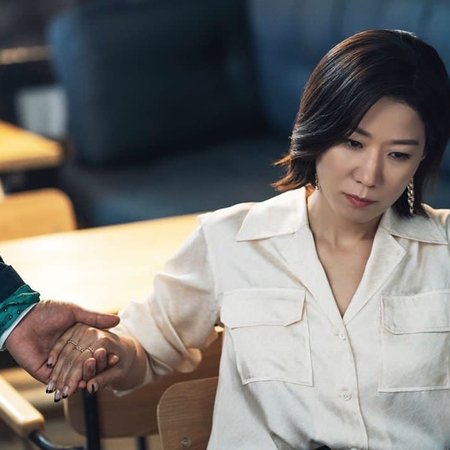 When it comes on to Ga Gyeong’s character I get a cold-warm type of feeling, meaning one minute her character can be loveable then at the next minute she’s hated.

When it comes on to her personal life with her husband and her mother in law I pity her, however, the way she treats Ta Mi at times shows that she has no sense of consideration for people who were with her from the get-go.

In this episode, Ga Gyeong needed Ta Mi’s assistance in sorting out problems with a web series that Tami had worked on while at Unicon.  However, Ga Gyeong came on a bit too strong and disrespected Ta Mi in the process. Cha Hyeon in the meantime was on looking what had transpired. She then approached the true ladies and asked Ga Gyeong if this was her true side all along.

Cha Hyeon being the fair and kind-hearted person she was, protected Ta Mi and walked out. This really hurt Ga Gyeong, as Cha Hyeon was one of the persons always on her side.

See the recaps of Episode 10 here.