Search: WWW Episode 15 Recap. This episode focused on the after-effect of Ta-Mi and Park Morgan’s break up, also both Unicon and Barro are put to the test when the Blue House makes special demand. Also, Cha-Hyun and Ji Hwan try to spend as much time together before his enlistment.

To see the recaps of episode 14, click here. Lets now get into the highlights from this episode.

Ta-Mi and Park Morgan Lives On

Episode 14 ended with Park Morgan letting Ta-Mi go and ending their relationship. Since the start of the series, they both have been back and forth with deciding whether or not their relationship was worth it. Park Margon who has always been optimistic finally understood the reason being Ta-Mi’s outlook.

Episode 15 continued with them trying to deal with the break-up, and as expected they went through the phases that exist in a break-up. Ta-Mi cried her eyes out and eventually had to get back to remaining focused on work.
While Park Morgan swallows himself in work. In each minute of their daily lives, they thought of each other but was brought to the realization that breaking up was probably the best.

I am not certain if these two will have a happy ending. The last episode is tomorrow and it feels like there are so many unresolved issues in the drama.

In this episode, Brian was called to the Blue House even though he had originally declined the invite; this time around he decided to bring Ta-Mi as he realized that the invite was more of a command.

Unicon’s CEO, Ga-gyeong was also summoned to the Blue House. In the previous episode, it was revealed that the government wanted to have control over the real-time keywords on Barro’s system. Barro’s team knew this was a political strategy and successfully fought against the request.

This time around the president and his adviser made the request that appeared as a command to have access to the personal information of the user base of both Barro and Unicon in return of covering their electricity bill. Brian and Ta-Mi opposed the idea, however, Ga-gyeong decided that the terms of the condition were not enough, she needed more in order to make that decision.
As the episode went on, her ex-mother-in-law tried to persuade her.

We also saw in this episode that Barro is trying to keep their marginal increase of the market share and have come to realize that their refusal of the Blue House offers may result in them being second to Unicon again.
While Ga-gyeong is taking a business perspective to the offer we that Ta-Mi’s perspective is more humanitarian and leans to protect the people’s rights. 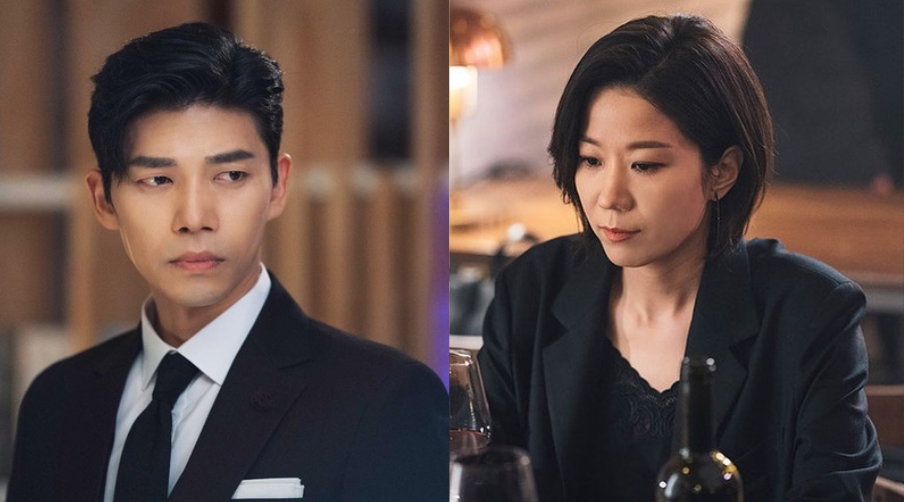 Ga-gyeong’s and Jin Woo’s divorce was made public which caused reporters to flood both of them. Jin Woo’s first objective after it was revealed was to call Ga-gyeong and check if she needed him to come and get her.
He cares for her dearly but based on the deal she made with Unicon’s head office abut not associating with anyone from the KU group they may get to have a shot at love again.
In addition, Ga-gyeong’s parents have remained the same form the start to the end. They only care about using their daughter to gain benefits from the KU Group. In this episode, it was disheartening when even the Chairwoman said that there were worse parents that exist besides her.

In the previous episode, Jin-Woo had tried to help them get back on their feet by offering a large sum of the money so that they can restart their life without the influence of KU Group. However, they went back to the Chairwoman and informed her off his actions. I guess they really want to be slaves to KU Group all their lives.

I really hate watching their scenes, they’re despicable and shameful. I really hope Ga-gyeong will rise and cut off all ties with them as they are a curse to her life.

Cha-Hyun and Ji-Hwan Goes On a Date

Cha-Hyun and Ji-Hwan tried to spend as much time together as possible as he will be leaving soon to the army. Out of all the couples in this drama, their relationship is a bit more light and less complicated.
Ji-Hwan is just the sweetest, he’s the right match for Cha-Hyun because she is as equally caring and sweet as him. The only issue she has with him is that he doesn’t speak informally to her. I believe that it’s because he’s such a gentleman.

In this episode, Cha-Hyun cried her eyes out in front of him and begged him not to leave. He, however, lets her know he cannot escape the military and that he would love if she could wait in him.

Park Morgan found out about his mom’s passing from the internet. After hearing this heartbreaking news he ran to the funeral home and was met by his mom’s real family. Park Morgan was kept a secret from his mom’s family hence he could introduce himself as her son or else that would ruin the reputation she left behind.

In the previous episode, his mother had apologized for abandoning him as a baby but it was like she was aware that she would die soon.
When Ta-Mi heard of the news she ran to him, even though they are broken up.
She comforted him as he cried and stayed by his side. The pain of losing a mother who did not acknowledge him and the pain of breaking up with the woman he loves puts him in a very sad state.

The final episode of Search: WWW is tomorrow and so far it seems that these two will not have a happy ending.
I am looking forward to recapping episode 16, so stay tuned to drama obsess.
To see the recap of episode 14, click here.

You can watch Search: WWW here.