Search: WWW Episode 7 Recap, showcases the further development of Bae Ta Mi and Mo Gun’s relationship, it also continues with the battle between Unicon and Barro to be the number one search engine.

Here are the highlights of Episode 7.

Episode 6 of Search: WWW ended with Ta Mi and Mo-Gun in a hotel room trapped in heated emotions. The two are obviously trying to respect each other’s feelings while at the same time are super attracted to each other.

Ta Mi in the past episodes had made it clear to Mo-Gun that she’s at the stage of her life where she cannot afford to jump into reckless relationships. However, with work becoming more stressful we saw where she began to search for comfort in Mo-Gun. She admitted to pushing Mo-Gun away because she was jealous of seeing him with Ga-Kyung, it was this realization that brought her searching for him on the island.

Furthermore, in this episode, Mo Gun requested that he be the only fish in Tae Mi’s aquarium and that she leans on him whenever she needs. Ta Mi also expresses how much she has come to like and adore Mo-gun, though his cheekiness can be overwhelming at times.

Also in this episode,  Lee Dong Wook made a guest appearance as Ta Mi’s ex-boyfriend. In their convo, it was revealed that back then Ta Mi was not serious about settling down. Now however it seems she may feel differently with Mo-Gun. 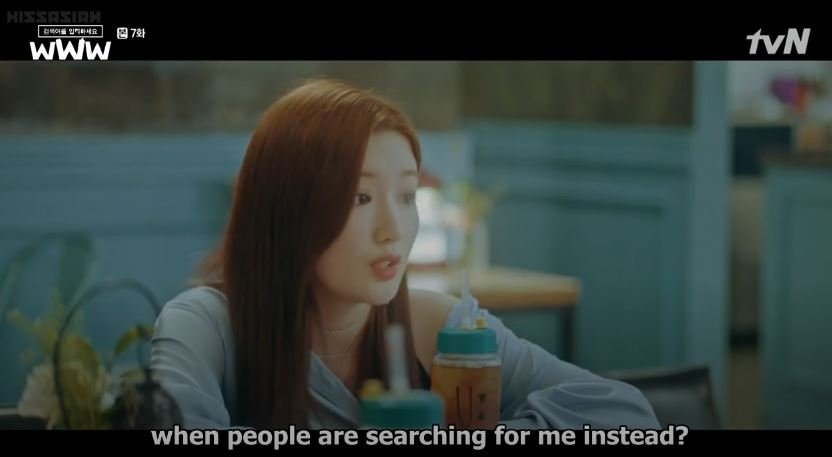 In the previous episodes, Chae Hyeon had found out that  Joon Soo had cheated on her with the internet sensation, Dong Joo, which became public at her workplace. Angered and humiliated she asked Tae Mi to follow her to meet up with Dong Joo in fear of hurting her.

While there, Chae tried to make it clear that she was seeing Joon Soo first and that Dong Joo was the second girlfriend. After talking for a few minutes, Chae Hyeon blurted out that Tae Mi and Joon Soo actually dated back in the day, which makes her the official first girlfriend.

At the end of their convo, they realized the reason Dong Joo wanted to meet up, which was to ask to rank higher on their search engine. 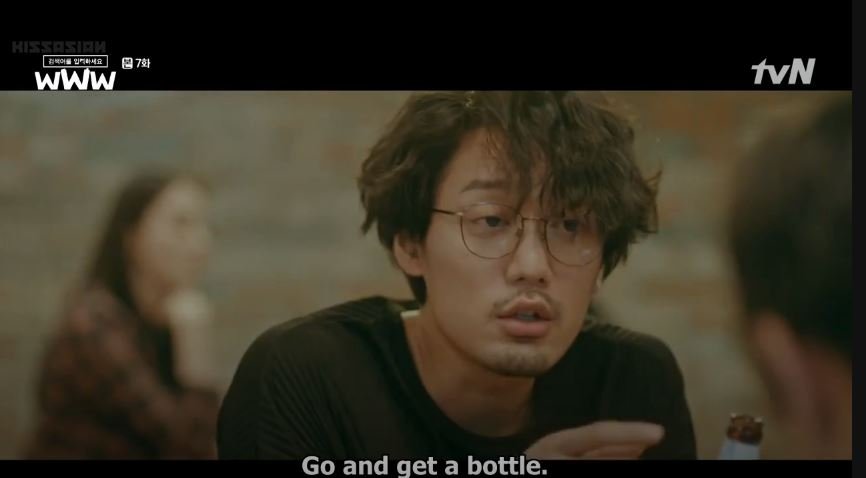 To pressure Count Kim in joining Barro, Ta Mi and Chae Hyeon decided to spy on him with the intention of finding additional information. To their surprise, things got out of hand whereby Count Kim and Godori (another webtoonist at Unicon) got into a heated fight. Ta Mi has always looked for opportunities even in the worse situations. So her plan was to publicize the fight with hope that pressure will cause Count Kim to leave Unicon and join Borro.

Chae Hyeon who parted the fight and witnessed everything started to feel sorry, as the victim in the situation (Godori)  started to acquire negative critique by the public.  Hence she wanted the people to know the truth of what transpired. Ta Mi, however, wanted to focus on only certain details that would push Count Kim to leave Unicon and join Barro.

In the end, however, Ta Mi, did what was right by agreeing that Chae Hyeon should be a witness and offered Godori a job. Nevertheless, she still had ulterior motives in mind. 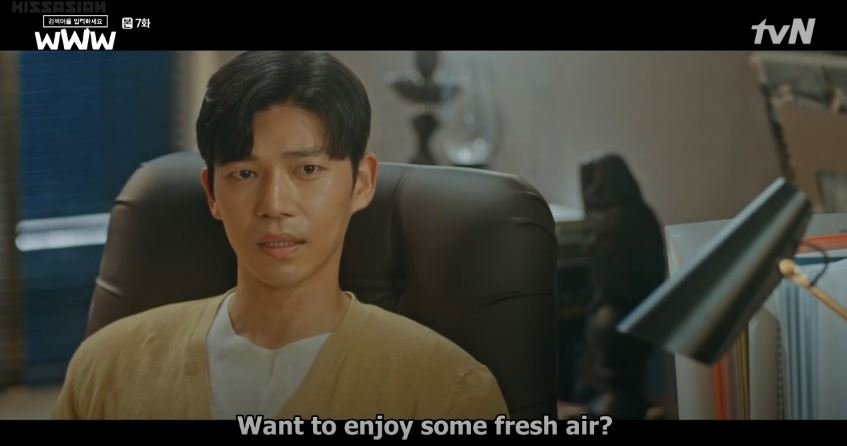 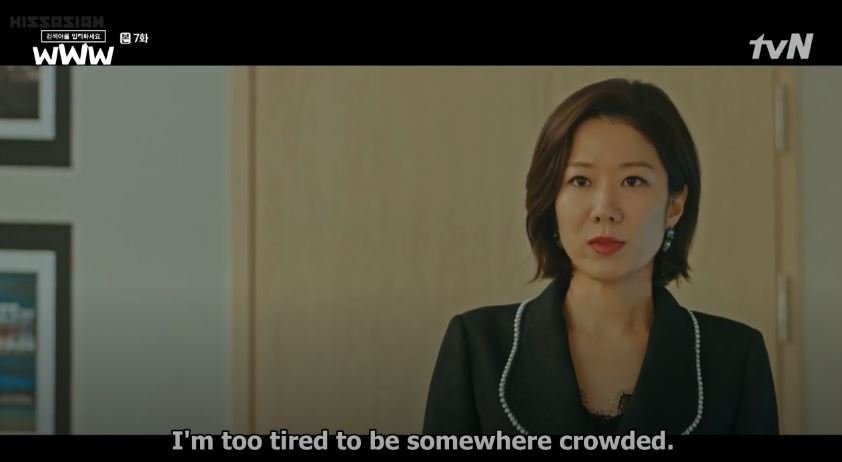 So far we are aware that Ga Kyung and Jin Woo are involved in a one-sided marriage. He has gone through great lengths to support her. In the previous episode, we witnessed where he was the one who caused Ta Mi’s name to be the number one searched item, in an attempt to deflect attention from his wife’s rumor. There is definitely a lot more to be revealed as to why Ga-kyung is so cold towards her husband. 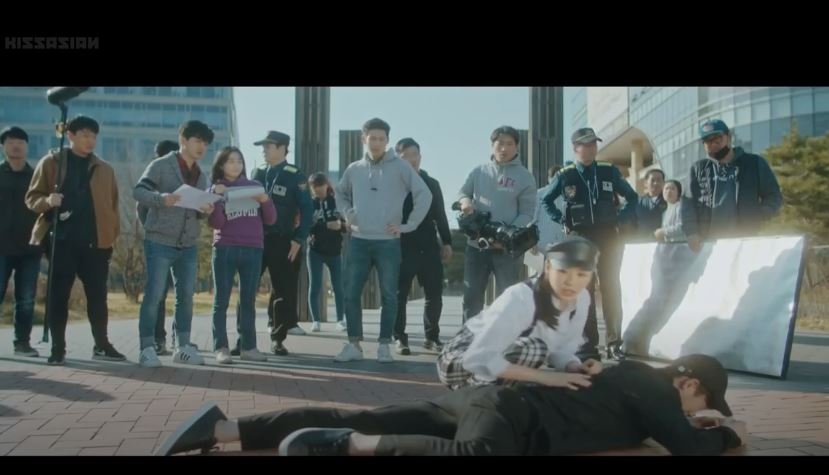 Since the start of the series, Chae Hyeon has been up to date with her favorite tv series. In this episode, we saw where she ran into the main male lead unexpectedly, when he was fleeing from the police. What she didn’t actually realize was that they were actually filming.

Unaware of everything Chae Hyeon who is quite pissed at his character in the tv series decided to give him scolding. This scene was hilarious. In the end, she felt embarrassed for not picking up earlier what was taking place. She also felt sorry as she had broken his foot. After following him to the hospital, she learned a lot more about him, which suddenly changed her perspective of him. He was no longer the jerk from the tv series, he was now a regular down to earth person.

I’m hoping there will be more between these two, as Chae Hyeon deserves someone much better than Joon Soo who has no sense of loyalty. 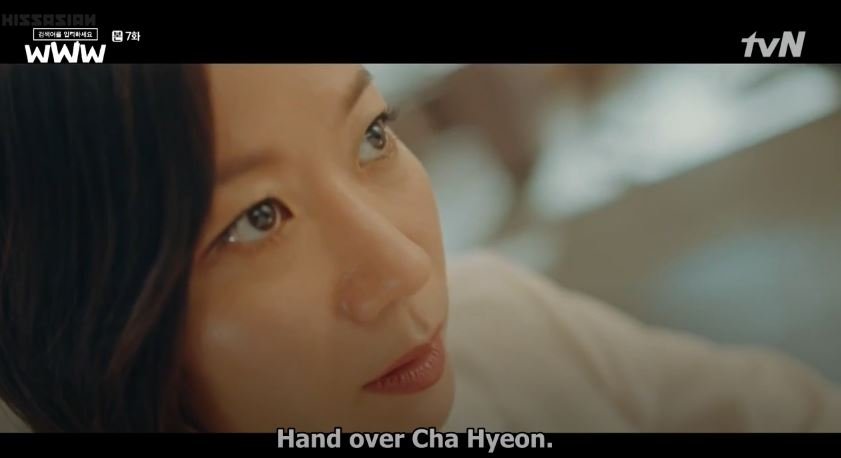 This episode ended with a twist; as we know Ta Mi got her end of the deal by getting Godori to join Barro and by destroying  Count Kim’s reputation. In a meeting with Ga-Kyung, she asks her what was her condition on the matter. Ga-Kyung’s response was to hand over Cha Hyeon, this response was not only unexpected but it was something close to impossible.

See the recap of episode 8 here.