Search: WWW Episode 9 Recap. This episode focused on Ta Mi and Park Morgan settling as a couple as well as Ga-Kyung making drastic changes in her life.

Last week’s episode ended with Ta Mi and Morgan in a heated emotional confrontation. The two found out previously that they have different ideas when it comes on to marriage. While Ta-Mi is an independent career driven woman Morgan is a man that someday wants to marry and have kids.

By realizing their differences, both are left conflicted on high emotions. In this episode, we saw where they broke the ice and slept together. 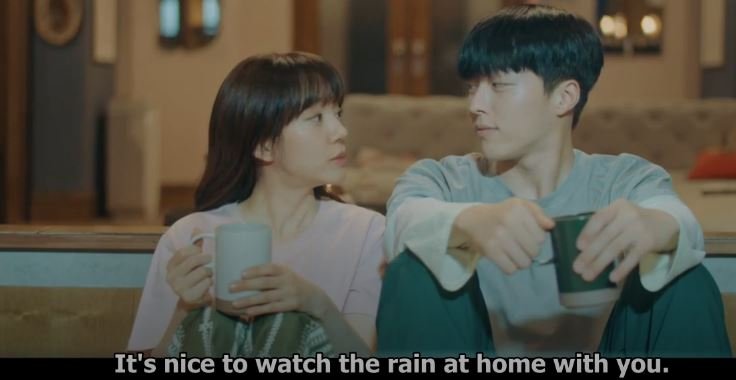 Ta Mi later confessed to Morgan than even though their differences may result in conflict she wants to live in the now as she doesn’t want to be without him. Morgan who has fallen for Ta mi appreciates her truth.

This episode also revealed that each of them offers what the other needs. Despite her professional prowess, Ta Mi needs someone to relay her struggles with and a shoulder to cry on. At the moment it appears Morgan is looking for some level of stability; hence his reason for always keeping checks on her Aquarium. 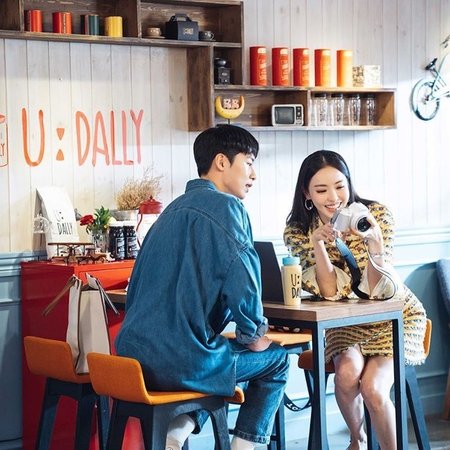 The relationship between Cha Hyeon and Ji Hwan is somewhat different, they are like complete opposites. Cha Hyeon is naturally a strong woman who appears to be bold and confident. Ji Hwan is a bit on the softer side.

And nothing is wrong with that, as the two compliments each other.

This episode reveals to Cha Hyeon a different side of Ji Hwan. Shaken up at the past death of his dog, he ran to Cha Hyeon crying, hoping to get some relief.

I must say I like that Cha Hyeon is kind, helpful and isn’t judgemental. It’s that quality that allows her to do good.

In the previous episode, Unicon’s search engine was manipulated by Ga-Kyung’s husband which brought Ta-Mi into a big scandal. Jin Woo strategically had this done to redirect negative publicity from his wife to Ta Mi.

Ta Mi later found evidence on who was behind the scheme. With this evidence, she made a deal with Ga-Kyung and exchanged the evidence for one of Unicon’s webtoonist.

Brian at the time knew had acknowledged that the search engine was manipulated and that Ta Mi was thrown in the mix, did nothing, as he was trying to protect Barro.

Ga-Kyung went public and apologize for Unicon’s part the incident, this, however, led the media to question to whether or not Barro was aware of the search engine manipulation.

In taking responsibility for what happened, Brian has decided to resign.

Ga- Kyung has been under her mother’s law feet ever since she got married out of convenience. In the past episodes, I have questioned her husband’s love and the type of relationship they have. This episode, however, proves to me that even though they are not happily married, they defend each other greatly.

In this episode, I had hoped that he would have stood up for her when his mother stared bullying Ga-Kyung.

Additionally, I think Ga-Kyung’s parents are the worse, they are not only weak but they lack courage. It is because of their misfortunes that their daughter has become a slave to KU Group.

I am quite impressed at Ga-Kyung taking a stand.  She experiences a lot of pain but still is able to showcase the most strength. Her mother-in-law continues to use and degrade her but based on how firm Ga-Kyung is with her decision it will come to a stop. Her character is probably the most complicated one on the show, and I hope we get to see her develop in even more depth in coming episodes.

Of course, the chairwoman, doesn’t seem like the type to back down easily, she will definitely put up a fight, I just hope when that time comes Jin Woo will help to fight Ga-Kyung’s battle.