On April 5th, A giant forest fire swept across swathes of South Korea and authorities declared a rare national disaster, deploying 900 fire engines and tens of thousands of personnel to bring it under control.

The blaze broke out late Thursday alongside a road in the town of Goseong, in the far northeast of the country and only around 45km from the border with the nuclear-armed North. 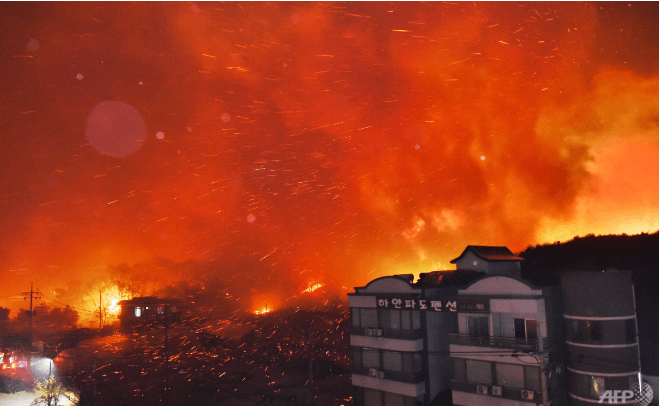 Fanned by strong winds, it quickly spread through neighbouring Sokcho, Gangneung and Donghae cities within hours, Yonhap reported. About 400 homes and 500 hectares of land were destroyed, according to the government.

Nearly 4,200 people were evacuated and one person died, authorities said, while 35 were injured.

South Korean President Moon Jae-in visited the areas in Gangwon province most affected by the blaze, meeting with residents who were forced to leave their homes. 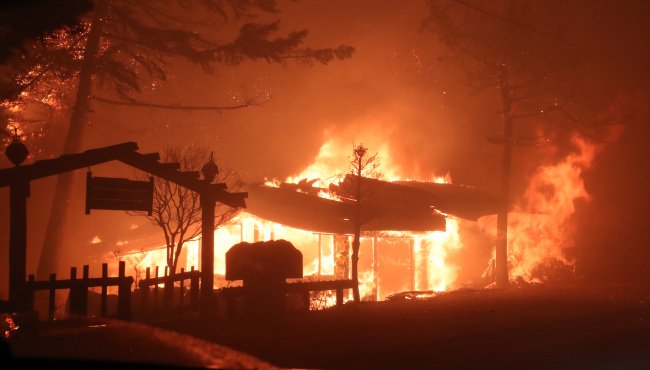