Things Get Heated In Vagabond Episode 7 With Dangerous Shootout

As the weeks go by, Vagabond gets more exciting with its epic action scenes.

Vagabond tells the story of stuntman Cha Dal Gun (played by Lee Seung Gi) who falls upon a huge corruption scandal while trying to reveal the unknown truth behind a strange plane crash, in which his nephew was in. He ends up investigating the case alongside NIS secret agent Go Hae Ri (played by Suzy).

In the recently released stills for episode 7, Go Hae Ri is seen aiming her gun after a supposed assailant while Cha Dal Gun sits eagerly at the steering wheel of a getaway car. Shin Sung Rok is focused on a voice speaking to him through his earpiece.

When shooting this scene it was noted that the actors and staff were a bit anxious as it all came down to pulling off the intensified explosion scene. 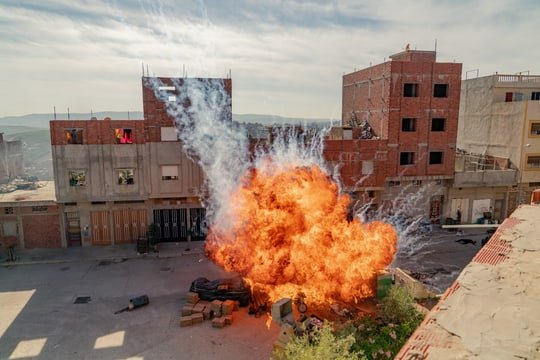 According to Celltrion Entertainment,

“Though it wasn’t an easy scene to film, we were able to safely finish the shoot thanks to the actors who show amazing teamwork in real life and on-screen.”

For more stay tuned to dramaobsess.