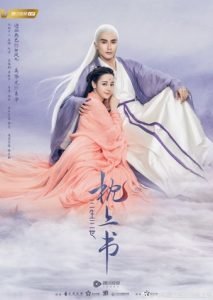 The drama depicts the love story of Bai Feng Jiu and Dong Hua Di Jun,  that spans 2000 years. Feng Jiu, the queen of Qing Qiu, is the only nine-tailed fox in Qing Qiu and thus being pampered by everyone. She loves to cry and to throw tantrums but is also persistent and brave.  One day, when Feng Jiu is in the mountains for cultivation, a beast attacks her. Luckily, the former Emperor of Heaven Dong Hua passes by at this moment and saves her. To pay the debt of gratitude, Feng Jiu follows Dong Hua who goes to fight the rebelling Demon Lord. Feng Jiu soon realizes that gratitude has turned into love, however, Dong Hua already forgot what love is. In order to keep her safe, Dong Hua sends Feng Jiu to the mortal realm, but the guardian he sends together with her unexpectedly dies. While trying to find the immortal fruit that can let her be reborn, Feng Jiu enters the temple of the ghost princess. 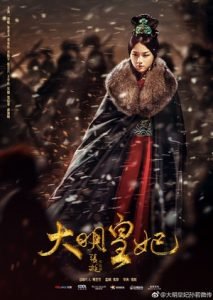 Sun Ruowei entire family is killed on the orders of the Yongle Emperor in 1402, though she escapes death after being secretly adopted by Sun Zhong. Sun Ruowei becomes the concubine of crown prince Zhu Zhanji by chance and continues to investigate the truth behind her family’s death.

However, Sun Ruowei decides to abandon her revenge plans after realizing how dangerous it would be to destabilize the court for her own personal goals. Touched by Zhu Zhanji’s kindness, Sun Ruowei resolves to become a virtuous empress who can support him in times of hardship. Unfortunately, Zhu Zhanji passes away after a decade on the throne, and Sun Ruowei is honored as Empress Dowager once her 7-year-old Zhu Qizhen ascends the throne. 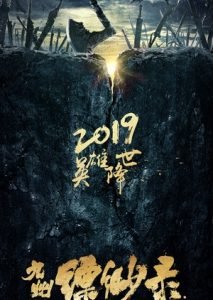 Lv Gui Chen is the heir of the nomadic Qingyang tribe and is sent to the Eastern Land as a hostage. He meets Ji Ye, an unfavoured illegitimate son who is training to become a warrior, and Yu Ran, the princess of the Winged tribe. The three become close friends, and the boys’ feelings for Yu Ran soon turn romantic.

At the same time, powerful warlord Ying Wu Yi has been maintaining affirm control over the Emperor, giving him unprecedented power over the nobles. Lv Gui Chen, Ji Ye, and Yu Ran decide to join the decisive battle against Ying Wu Yi at Shangyang Pass, but unbeknownst to them, an even darker conspiracy is yet to unfold.