Here are the top 10 Fantasy Chinese Dramas to add to your watch list! 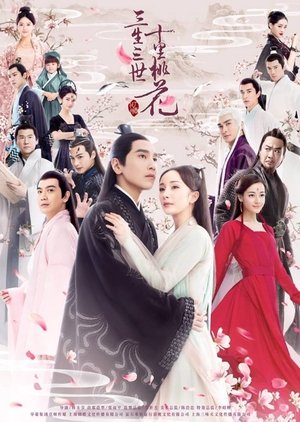 After a devastating war, the immortal tribe paid a heavy price to seal the demon lord. 70000 years later, in an attempt to re-seal the demon lord who broke free, Bai Qian was sent to the mortal realm. In the mortal world, she meets Ye Hua and falls in love with him after forgetting about her life as a goddess. Ye Hua gifts her the name of Su Su. Su Jin, who is jealous of Ye Hua’s love for Bai Qian, intentionally creates a series of misunderstanding between them and causes Bai Qian to lose her eyes. Thinking that Ye Hua has betrayed her, the devastated Bai Qian jumps off from the Zhu Xian Terrace. At her request, all her memories have been erased and she forgets Ye Hua. Hundred years later, the two meets again as deities. Another lifetime another world, Ye Hua recognizes Bai Qian but the latter remains indifferent. Three lives three worlds, her and him, are they fated to bear an entangling love? 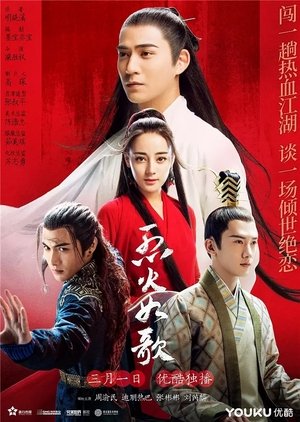 Lie Ru Ge is the daughter of the master of Lie Huo Manor which is the most powerful jiang hu sect. She is a cheerful beauty who’s trying to regain her eldest senior’s heart after he suddenly goes back on his promise to marry her. In an effort to learn how to attract her beloved again, she goes to the most popular brothel house where she meets Yin Xue, the brothel owner and “Number One Beauty”.

Little does she know, Yin Xue has a mysterious past that involves her and will go to the ends of the earth to protect her. 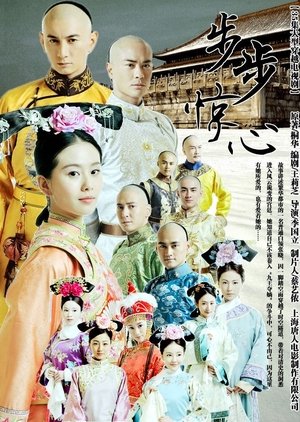 Through a car accident, Zhang Xiao traveled back in time into a body of one of her previous reincarnations, a 16 years old aristocratic Manchu girl, Maertai Ruoxi, living in the Qing Dynasty. Although she knows she should not get involved in palace intrigues over the succession to the throne, she inadvertently becomes a pawn in the struggle, because she could not help but love someone, and others came to love her. Based on the novel Bu Bu Jing Xin by Tong Hua.

A world beyond scientific understanding with a group of passionate adults trying to solve cases done by such forces. Zhao Yunlan and Shen Wei are tasked with upholding peace between deities, demons, and humans, and the story will focus on their friendship that transcends past and present lifetimes. 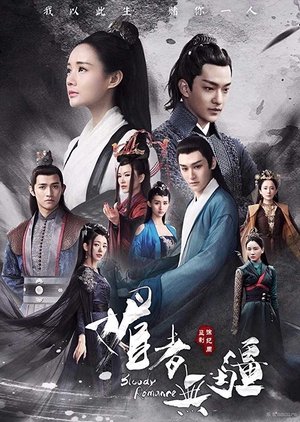 In the turbulent interregnum following the collapse of the Tang dynasty, a young daughter of a herbalist was tricked and sold into a brothel. After a harrowing escape from death, she eventually found herself in a city of female assassins. Assuming the new name of Wan Mei, she began to learn from ropes of being an assassin from Chang An, a young man who acted as her guide and warder. 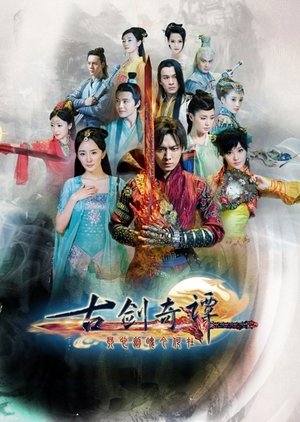 In Legend of the Ancient Sword, which takes place during the Tang Dynasty, young martial artist Baili Tusu feels a mysterious aura in him that can be suppressed only with the Sword of Burning Solitude. When fighting bandits, he meets Ouyang Shaogong and Fang Lansheng, who are on a quest to find a jade ornament that will help them create a resurrection elixir. Tusu decides to join them on their adventure, hoping that the elixir will be able to awaken his slumbering mother. During their trip, he meets Feng Qingxue, an immortal who has come to earth to look for her brother. After Shaogong’s elixir proves to be a success, Tusu discovers that his mother is in danger and that he must fight with the power-hungry Shaogong to save the world. 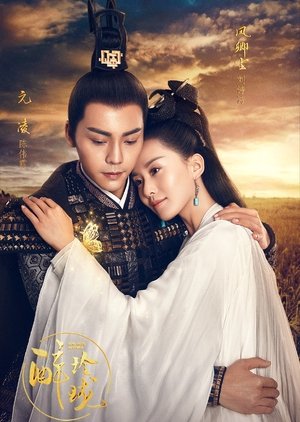 Female protagonist, Feng Qing Chen, is a sorceress of Mingyi Tower, the secret organisation tasked with protecting the royal family. Yuan Ling is a prince from Western Wei, a ruling kingdom during the Northern and Southern Dynasties. He is described as an “untamed wolf” who appears to be cold and calculating, yet actually cares deeply for his loved ones.
After getting to know each other, Feng Qing Chen is impressed by YuanLing’s abilities and suppresses her feelings for the sake of seeing him ascend his rightful position. Despite Qing Chen’s contributions to the kingdom, the court is vehemently against Yuan Ling marrying a woman who dabbles in black magic.

Yuan Zhan launches a coup on the day of the wedding ceremony, and Qing Chen uses her powers to reset the universe in an effort to prevent further bloodshed. Qing Chen is eventually able to heal the rift between Yuan Ling and Yuan Zhan, allowing them to join hands to overthrow the corrupt officials and return peace to the land. 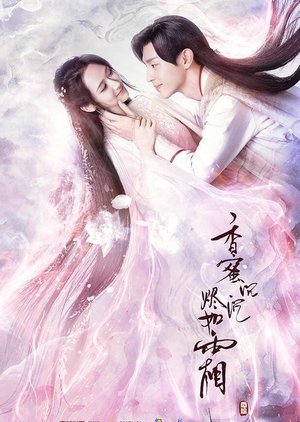 In ancient times, the Flower Goddess dies after giving birth to a daughter. Before she passed, she fed her daughter the Unfeeling Pill, ordered her subordinates to keep the girl’s birth story a secret and to imprison her within Shui Jing for 10,000 years. The girl’s name is Jin Mi.
4,000 years later, the Heavenly Emperor’s second son, Xu Feng, was entrapped by someone and mistakenly entered Shui Jing. He was savedby the ignorant Jin Mi. After living together for 100 years, Xu Feng gradually developed feelings for Jin Mi. Someone close to them wants to use those feelings for their own benefit. 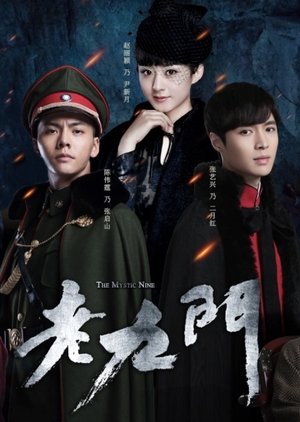 A prequel to “The Lost Tomb” and follows the leaders of the nine grave-robbing families and their adventures to save the people of Changsha from a potential deadly threat.

The Journey of Flower 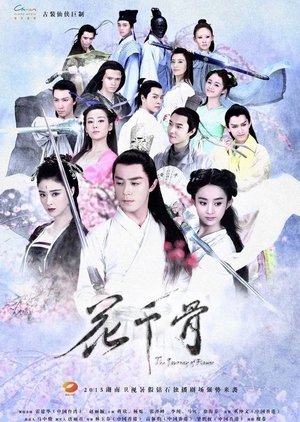 Based off the novel by Fresh Guo Guo, tells the story of Hua Qian Gu, on the day of her birth flowers wilted and and the skies turned dark as her mother passed during child birth. Her father past away when she turned 16 years old. Before he died, he advised her to learn some skills in order to help her survive as it appears that she has the strange ability to lure demons and other worldly creatures through her scent.

She heeds her fathers advice and heads to Mount Shu, where it is said there are people who are experts in dealing with demons and other creatures. However, upon reaching Mount Shu, her journey is stalled when she witnessed the death of the leader of the sect. Thus Qian Gu heads to the Chiang Lu sect to seek for help. There she meets Bai Zi Hua, the most gentle yet cold-hearted man, who becomes her teacher, mentor and lover. Besides Bai Zi Hua, are Dong Fang Yu Qing who cares for Qian Gu’s safety and Sha Qian Mo who is the leader of the demon realm, that are also romantic interests of Qian Gu.

The Plots were taken from mydramalist