Since the airing of My Absolute Boyfriend, fans have had mixed reactions.

Here is a synopsis of the plot:

Dan Dan, is a woman who works as a special effects make-up artist but has a very cold-heart. She then, unexpectedly, falls in love with Yeong Goo, a humanoid robot programmed to be a perfect boyfriend. Yeong Goo begins to develop human emotions, and they end up in a love triangle with her famous actor childhood friend, Ma Wang Joon, who also falls for her.

Now here are two things I hated and loved about My Absolute Boyfriend.

LOVED: That The Robot is Able To Show Some Emotions 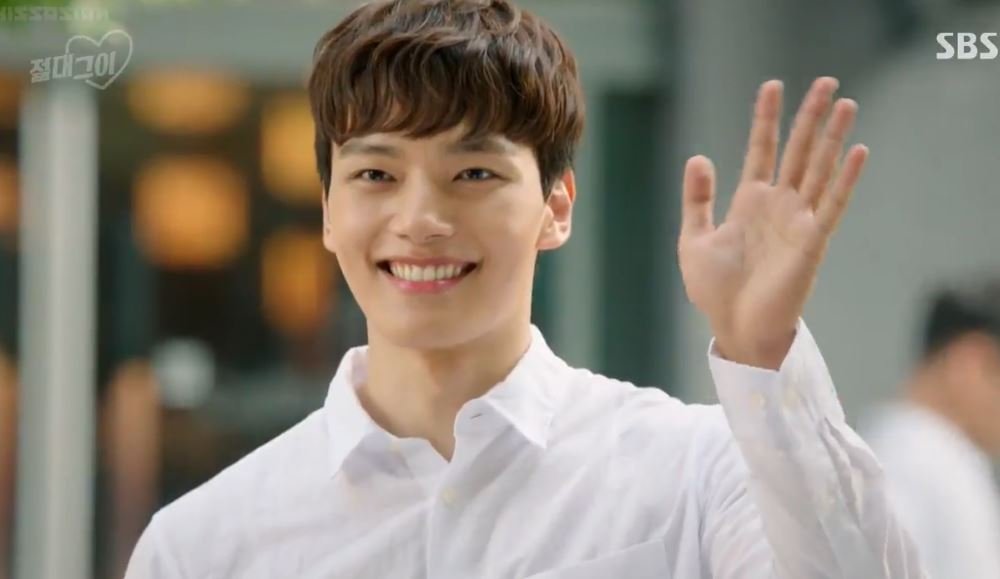 At first I was bit skeptical about Yeo Jin Goo(Zero Nine) bringing off a robot role. But as I started to watch  episode one I realized it wasn’t so bad after all. Zero-Nine has his own thinking abilities and he is capable of judgement. As the story progresses you will realize  he is learning and adapting quite well. I’m sure we can all agree that  Zero-Nine is a nice change from the usually expressionless robots that we usually see in movies. I can’t wait to see how the romance unravels between him and Da-da. 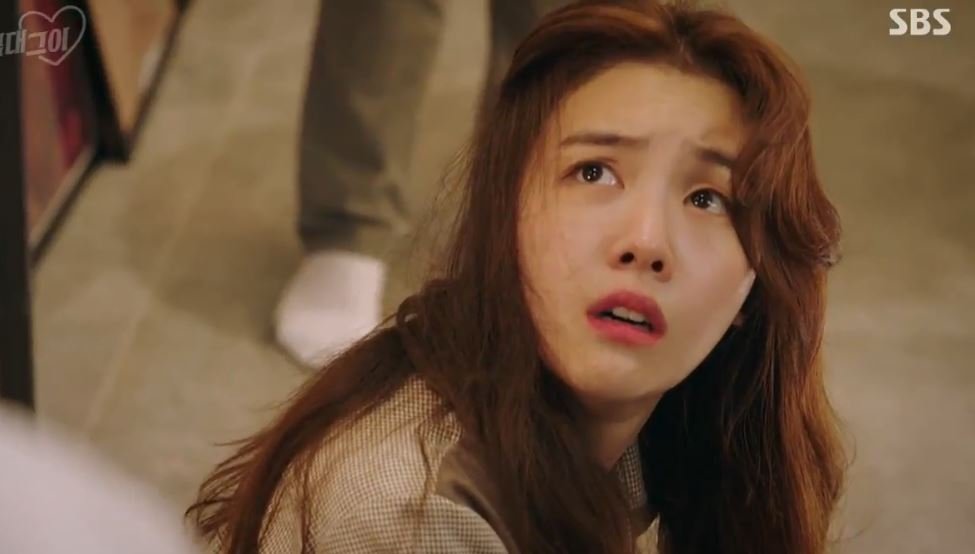 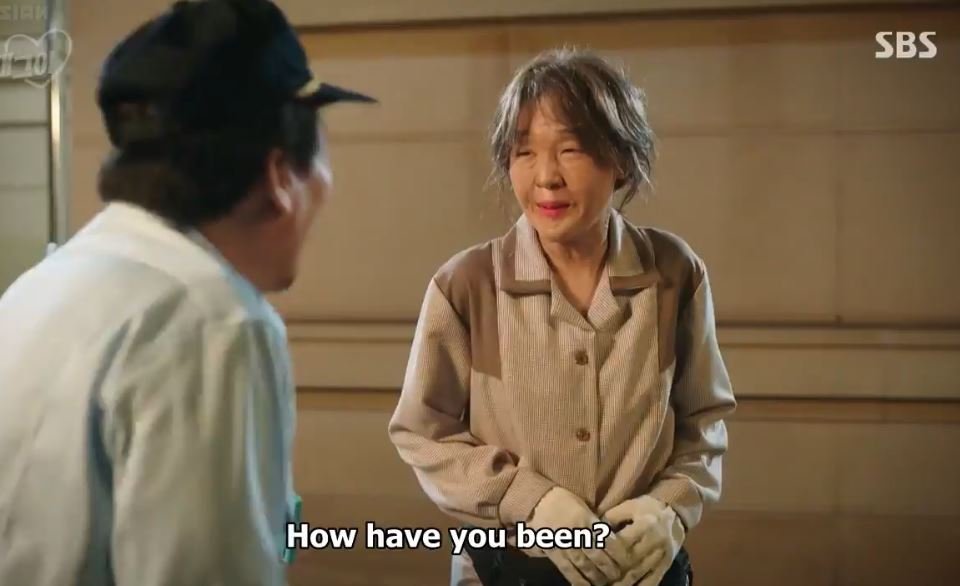 It’s been a while since Minah has been onscreen. Her last drama “My Fair Lady Kong Shim was 3 years ago. So far she has pulled off her character greatly, She portrays a strong, hardworking woman but has some weaknesses when it comes on to love. I’m hoping we will see her character grow and become stronger as the drama goes on.

I can’t wait to see how her new found relationship with Zero- Nine will unravel. In observing her acting skills, its evident that she’s quite experience. I think she will definitely bring a lot to this drama. 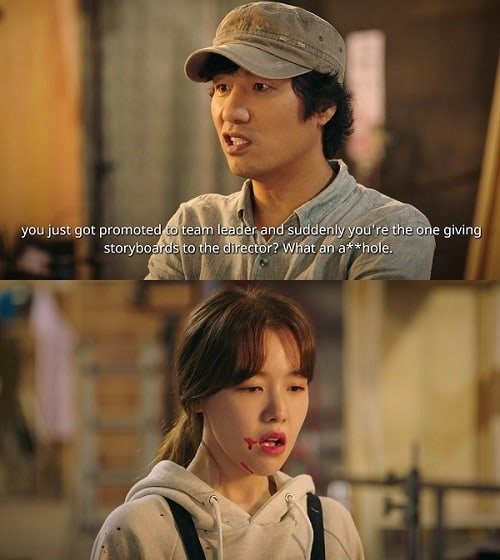 I thought Da-da’s boss was really rude, the way he talked down to her, after she did everything to accommodate the changes which were caused by him and the actress he’s obviously crushing over.  I really wished she stood up for her self when he was being incredibly rude, but its episode one, I’m sure we will see her character grow as the drama progresses.

HATED: The Boyfriend which turned into ex-boyfriend real soon. 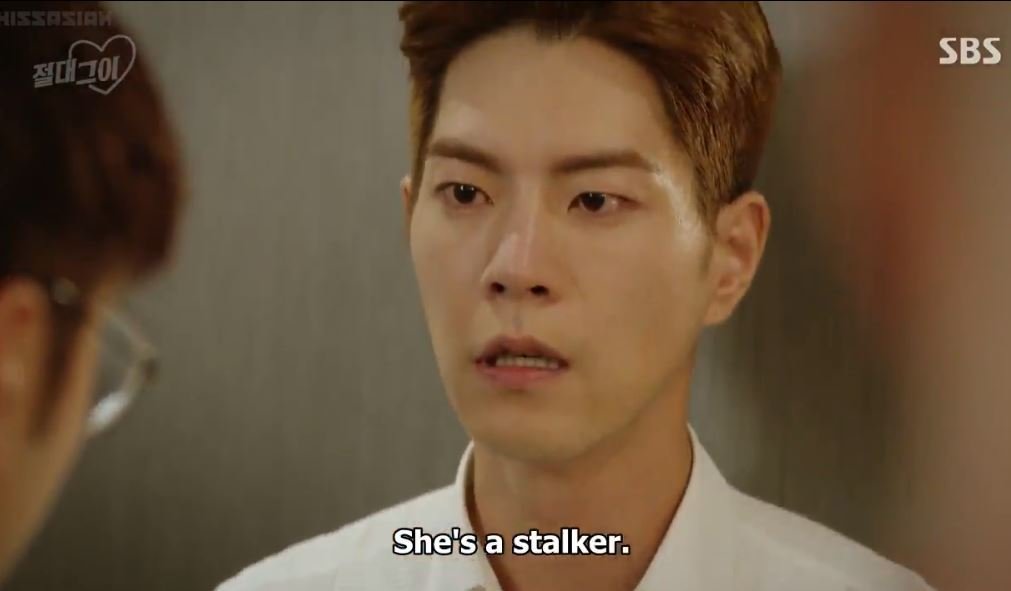 Alright so at first, I thought the boyfriend was super hot and I was totally ready to ship them but after the episode went on, I realized he was just a foolish, arrogant coward. The most embarrassing scene was when Da-da was hiding in the bathroom and when the door got opened he said she was a stalker, like how could he do that after they have been dating for 7 years. It makes you question whether or not he loved her or if he was ashamed of her.

What are you thoughts on the first two episodes of My Absolute Boyfriend?