What to expect Arthdal Chronicles Episode 7

What to expect Arthdal Chronicles Episode 7. I’m sure you all are wondering what will be some of the highlights of the next episode of Arthdal Chronicles. Knowing this I decided to write an article detailing some things to look forward to. Note that there might be spoilers in this article so please bear that in mind, also share with us your thoughts in the comments.

The split up of the Arthdal Union will be a major point in episode 7 of Arthdal Chronicles. Episode 6 set the stage for the rift in the union into different factions.

Think back to episode 1 where Eunseom’s father (The Neanderthal) had a vision before his death and told the arthdal warriors that they will be fighting and killing each other for power. Now back to episode 6 we see where Tagan faction came into direct confrontation with Asa Ron and Mihol faction. This confrontation led to violence with both sides sustaining injuries or death. This violence now clearly set the stage for more confrontation to come. 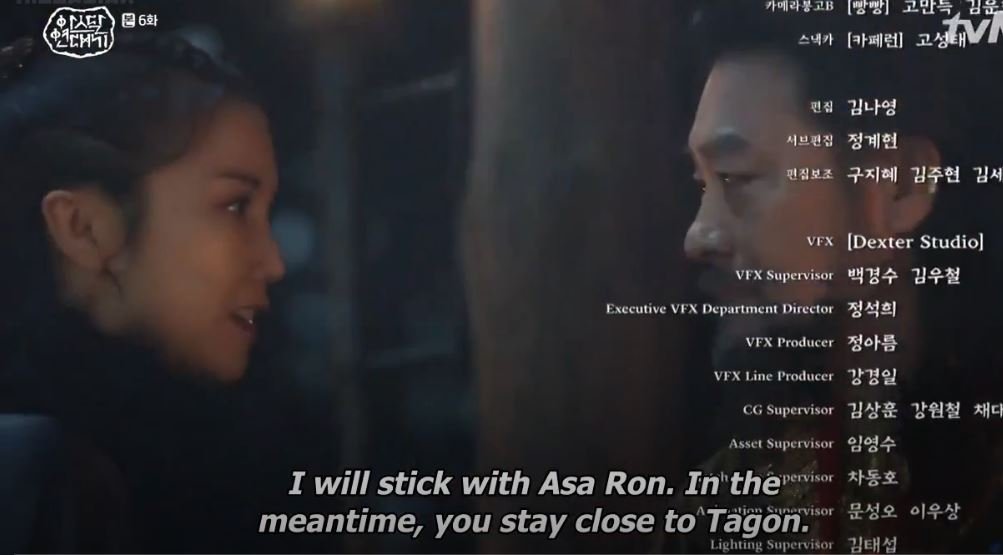 In the preview for episode 7 of Arthdal Chronicles, we see where Taelha and her father Mihol had a confrontation. Taehla proclaims loud and clear that she will choose the next king of Arthdal and that it would be Tagan. However, in another scene see Mihol telling Taelha that she should stay close to Tagon and he will stay close to  Asa Ron. Another scene seemed like Taehla attack Tagon with a knife. Now keep in mind that this is all from random scenes from a 40-second preview, there is no context to these clips so we will have to wait for the actual episode to really see how the scenes are connected.

Eunseom is supposedly dead in the preview of Arthdal Chronicles episode 7. However, the viewers know this will not be the case. So then why was Eunseom’s death revealed publicly, this I believe was a strategy employed by Tagon and Eunseom so that Asa Ron and Mihol factions could not use the Wahan Tribe people lives to blackmail Eunseom to reveal that Tagon killed his Father.

The preview did show that Tanya is not aware of this plan and might believe that Eunseom is really dead. Which I think will make the story more complicated in more ways than one.

Tanya and Saya(Eunseom Brother) will get to Know each other

Arthdal Chronicles episode 6 ends with Tanya finding Saya(Eunseom’s brother). The episode will spend some time introducing Saya and developing friendship between Tanya and Saya. The preview showed that Saya was the one that divulges to Tanya that Eunseom is dead. He could be the character that helps her get over this loss.